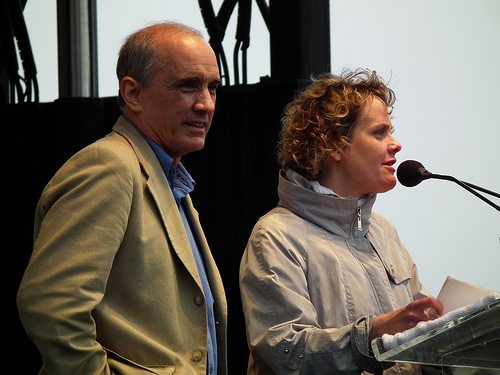 The Madison, Wisc.-based Freedom From Religion Foundation (FFRF) recently sent a letter to the City of Rapid City, S.D. protesting its practice of beginning city council meetings with a prayer. According to KELO-TV, the letter was sent on behalf of a Rapid City resident who objects to the pre-meeting prayer. City officials responded by noting that no complaints from any locals have been sent to them directly and that they have no current plans to change this practice. According to KELO, the FFRF is planning lawsuits all over the U.S. If so, we might be well-served by getting to know this organization.

The FFRF was established in 1978 and its mission is “to keep church and state separate and to educate the public about nontheism.” On its 2011 IRS Form 990, it leads off its list of program service accomplishments with “lawsuits challenging entanglement of religion and government.” The 990 also documents this organization’s unusual leadership arrangement: co-presidents Annie Laurie Gaylor and Ron Barker are married and, according to the FFRF website, have served in their co-president roles since 2004.

In the Wisconsin state registration filing attached to the 2011 Form 990, Barker signed as the “President or Authorized Officer” and Gaylor signed as the “Chief Fiscal Officer.” If this is an accurate reflection of the FFRF’s structure, the sharing of executive and fiscal authority between a married couple with each partner employed and compensated by the FFRF makes us wonder about the nature of the accounting and audit controls exercised by the charity. The organization’s bylaws allow any corporate office to be held jointly by a couple, with each member of the couple receiving half of a vote in executive council meetings. In addition to Gaylor and Barker sharing the presidency, Joseph and Norma Cunningham share a FFRF vice presidency.

FFRF appears to be financially stable and sustainable and it provides substantial information to the public through its website and its Form 990 filings. Many successful charities have governance structures that are at variance with what experts identify as “best practice.” Our read is that there are some atypical governance practices in play here that may be worthy of a “self-audit.” –Michael Wyland