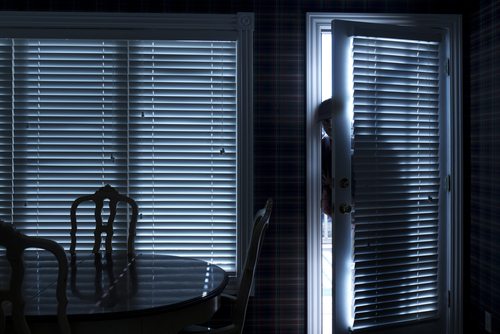 The salacious headline of the WashingtonPost article on reported “diversions” of nonprofit assets reads, “Inside the hidden world of thefts, scams and phantom purchases at the nation’s nonprofits.” Therein lies the problem: the lure implies that the nonprofits are involved in and parties to these “thefts, scams and phantom purchases,” as opposed to victims of people inside or outside of the organizations who were quite intent on plundering charitable resources. It looks to the Nonprofit Quarterly that the diversions reported in the article are nonprofits that had been cheated by employees, vendors, and outside financial advisors, but not engaged in trying to cheat donors or the public.

We plan at NPQ to go through the Washington Post database of nonprofits with inappropriate financial diversions, and even provide more detail, but consider this piece a first part of our analysis, with some perspectives on the revelations in this article that do not deny the facts of the diversions, but put them into context.

In some cases, to be sure, entities such as the American Legacy Foundation “screwed up,” in the words of founding president and CEO Cheryl Heaton. Created as a result of a government settlement with tobacco companies to address the carcinogenic effects of smoking, the foundation should have reported the alleged embezzlement quickly and accurately. Too often, groups suppress bad news, with the result that when it leaks out in dribs and drabs, they look stupid and the impact metastasizes. The story here is that in many cases the best way to deal with problem, potentially criminal employees is to get ahead of the game. The decision of some charities to avoid going to the police and hoping for a quiet settlement means that low-level swindlers and others get to go from group to group, perpetrating additional crimes.

Did anyone notice how many of these diversions were associated with the massive embezzlement conducted by Bernie Madoff? Players like Madoff preyed on nonprofits, which were hardly volunteering to “divert” their funds to criminal financial investors. Yeshiva University reported $95 million in losses due to Madoff, the Rabbi Isaac Elchanan Theological Seminary lost additional millions to the Madoff family, the Jewish Federation Council of Los Angeles lost $6.4 million, and others involuntarily contributed to the Madoff’s illegal booty. Remember that Madoff’s fraud was the largest investment scam in history, amounting to as much as $65 billion, though some estimate put the amount of missing money at a still-not-insignificant-but-much-lower $18 billion. Charities lost a lot of “diverted funds” due to Madoff and other Ponzi scheme players like R. Allen Stanford (an $8 billion fraud), but dwarfed by the losses incurred by private investors. The criminal in these fraudulent investment schemes was Madoff, not the victimized charities.

Six Problems: Third in a Series on the WaPo Nonprofit “Asset Diversion” Database

There is no defense of fraud and fraudsters in the nonprofit sector, as the victims are the donors to charities and their intended beneficiaries. However, no one should think that fraud is somehow a nonprofit problem. In the private corporate sector, it is rampant. Experts suggest that in the business sector, an estimated five percent of all revenues is lost every year due to fraudulent activities by employees, managers, and owners. For large corporations, one analysis suggests that the loss of enterprise value in corporations worth more than $750 million is 2.85 percent (or more) of enterprise value. The probability of a large corporation engaging in fraud, according to researchers, may be 14.5 percent in any given year.

In an odd way, the Washington Post’s diversion table is testament to the probity of the nonprofit sector. The number of reported diversions—in a table since 2008—is relatively small: eleven Connecticut groups, three in Alabama, four in Alaska, 17 in Arizona, etc. It is impossible to hermetically seal off the tax-exempt sector from people willing and able to plunder charitable donors and beneficiaries, but this analysis suggests that there may potentially be more eyes on nonprofit assets than in other sectors.

Charities versus other tax-exempt entities

A common problem in the press is the lumping of all 501(c) organizations into a broad “nonprofit” category, as though the problems or issues the press might find are problems of public charities. The Washington Post list combines all kinds of groups, many of which are not 501(c)(3) public charities. A striking number of the groups in the Washington Post spreadsheet were labor unions (501(c)(5) organizations) and fraternal organizations (501(c)(10) organizations). Among the latter are four diversions attributed to Benevolent Protective Order of Elks groups, three Lions Clubs, three Shriners groups, one Odd Fellows lodge, one Masons lodge, one Knights of Columbus lodge, etc. Remember what a small percentage of these groups these diversions represent. The same goes for the unions. As a proportion of 501(c) organizations, these are minuscule numbers.

Every nickel of charitable money diverted to someone’s pocket is truly sad, as beneficiaries of human services, the arts, and education are deprived of something. The Post article certainly highlights the big losers, including the Madoff rip-offs and the huge embezzlement scheme concocted by criminal minds to “divert” somewhere between $42-$60 million from the Conference on Jewish Material Claims Against Germany meant to restore property to the families of Holocaust survivors. Criminal minds don’t steer clear of entities just because they are charitable.

But many of the reported diversions look very small. For example, the Habitat for Humanity affiliate in Minneapolis reported a misappropriation of cash from its thrift store; the Green Jobs Alliance of Williamsburg, Virginia had to deal with someone at a subcontractor who diverted some energy retrofitting resources; the Mountain Communities Boys and Girls Club, with total revenues of just under $399,000, fired its executive director for embezzlement and giving herself an unauthorized raise; at the Pennsylvania Association of Nonprofit Organizations, PANO’s payroll processing contractor failed to turn over tax funds to the IRS and then went bankrupt, costing PANO $8,100 it had to pay to the IRS; etc. Although we haven’t looked at all of the explanations of the more than 1,000 instances in the Post database, many of the diversions are quite small, and in many cases, while some groups settled for firings and restitutions, the nonprofits seem to have taken steps toward turning over the people involved to the authorities for prosecution.

At first glance, a significant proportion of the diversions reported in the Post database involve contractor or vendor fraud. Anyone who has had to check the invoices of contractors knows the routines used by the bad guys—submitting false, inflated, or duplicate invoices. One source suggests that contractor or vendor fraud in government contracting may be so rampant that the cost could equal 5 percent of GDP. A report on the warning signs of perpetrators of vendor fraud shows just how difficult it is to identify who might do this; vendor fraudsters are likely to be older (above 30), male (75 percent), from stable family situations, with above-average educations, not likely to have criminal records, having attained “a position of trust and inapproachability,” and with “a knowledge of accounting and reporting systems and their weaknesses, which allows them to cover a paper trail.” The very small proportion of nonprofits in the Washington Post database, around 1,000 cases from over 1 million groups, suggests, again, that nonprofits aren’t immune from embezzlement and fraud, but are not, contrary to the implications of some, at the forefront of victims or victimizers of charitable dollars.

In Tim Delaney’s view, the Washington Post leaves readers with “the misimpression that the nonprofit world is rife with ‘financial skullduggery.’” Critics might suggest that Delaney is expected to say that, because he runs the National Council of Nonprofits, a trade association—actually a national trade association of state nonprofit associations—that automatically defends and bolsters nonprofits against critical press coverage. But he makes an important point. Nonprofits file publicly accessible Form 990s, available and searchable at GuideStar, the same source that the Washington Post used for its research. Try to find comparable information about corporate fraud and diversions. It is immensely difficult to access for publicly traded companies, and just about impossible for privately owned corporations.

Understand, moreover, the difference between these nonprofit diversions and too many of the corporate scandals we’ve seen. From Enron to Madoff and beyond, the frauds were perpetrated by the corporations upon the public. In the Washington Post database, at least on first review, examples of nonprofits intending to defraud the public don’t pop out. In part two, we will go through the database in depth, but it looks to us that the examples in the database are nonprofits being victimized, not victimizing others.

No nonprofit should suppress information that the public has a right to know. No nonprofit should hide or camouflage bad news in the hope that somehow the public won’t catch on or that donors will overlook. All bad news, including evidence of financial mismanagement, has to be addressed head on, particularly in this era of demands for increasing transparency. If the for-profit sector would approach the even limited transparency that characterizes the bulk of the nonprofit sector, the nation would be well served. Nonprofits have to generate stronger financial systems, to be sure, and funders ought to be providing nonprofits with the core operating support to enable them to do so. But don’t misread the 1,000 victimized nonprofits in the Washington Post database as evidence of a broken nonprofit sector—because it’s not.