What’s in the Omnibus Appropriations Bill for Nonprofits? 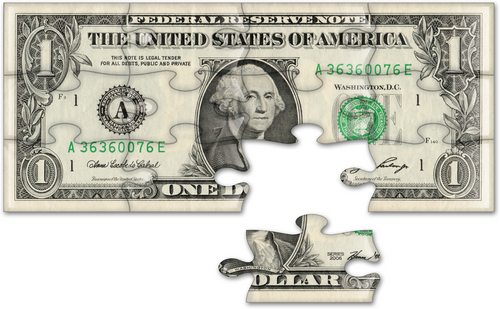 No surprise, the Heritage Foundation, through its 501(c)(4) Heritage Action for America arm, has advised Congress to vote no on the omnibus FY2014 appropriations bill likely to be voted on today. FreedomWorks, another hard-right advocacy organization, reminded its allies that it was already on record against the Ryan-Murray budget agreement because it raised federal spending, and therefore would be unlikely to switch to supporting the omnibus appropriations bill that detailed how to spend the extra moneys.

If the “new” Heritage under former Senator Jim DeMint is steadfastly against the omnibus bill, there must be something worthwhile in the details, like providing services to poor people, extending unemployment benefits, or creating jobs, that might be of interest to nonprofits. That is part of the Heritage argument: The omnibus bill offers spending totals higher than the original House-only FY2014 budget—29 percent higher than what the House had offered to fund the departments of Labor, HHS (Health and Human Services), and Education, and 15 percent higher than what the House had proposed for Transportation and HUD (Housing and Urban Development). If that isn’t enough to drive Heritage and FreedomWorks over the edge, Heritage seems virtually apoplectic over allocations for Head Start and Early Head Start, the National Endowment for the Arts and the National Endowment for the Humanities, and, as to be expected, the implementation of the Affordable Care Act.

Yesterday, Congress passed a three-day continuing resolution to keep government open while Congress debates the details of the omnibus appropriations bill, starting right now. Whether or not Senator Harry Reid for the Senate and Speaker John Boehner for the House allow amendments from the floor, the vote will largely hinge on what’s in the omnibus bill as it is. Nonprofits will be mining the 1,582 pages of the Consolidated Appropriations Act of 2014 for nuggets and morsels for several months, hopefully discovering what’s really valuable in this document and not being swayed by the shiny pieces of fool’s gold. If nonprofits were evaluating the appropriations bill to find nonprofit-oriented nuggets, they might look for the following.

The federal discretionary budget in this bill will total $1.1 trillion for fiscal year 2014, though that extends back to October 1st of 2013 and will expire at the end of September in 2014. The totals spell out to $573 billion for the military (including overseas contingency spending, which camouflages a large number of Pentagon procurement plans) and $525 billion for all discretionary domestic spending. Taking into consideration what are now essentially retroactive expenditures incurred prior to the enactment of this bill, some agencies will find themselves dealing with a very tight final two or three quarters of the fiscal year.

So, score big wins for the Democrats on early childhood education, for Republicans on attacking the IRS and EPA, and both parties for their generally slavish devotion to the Pentagon. But some parts of the appropriations legislation are even more contentious and could be subject to surprise attacks by one side or the other as the legislation veers toward vote.

As nonprofits dig away at the appropriations text, they will find some hidden gems—or booby prizes, depending on one’s political perspective.

There is obviously much more to report on in this mammoth omnibus spending bill that is taking the place of what would ordinarily be as many as 12 separate bills. Why are Heritage and FreedomWorks nonplussed with a compromise bill that has as many provisions that favor the conservatives as it does the liberals? With all the horse-trading evident in this bill that few members of Congress will fully read, much less digest, the conservatives have hardly had to deal with a return to a pre-recession, pre-sequestration level of government funding for social programs.

The biggest piece stuck in the conservatives’ craw—the Affordable Care Act—gets no new funds for implementation, much less expansion. Many social safety net programs still languish without sufficient resources to meet the needs of poor people in a society that’s ever more economically unequal. And the military-industrial complex looks as healthy as it ever has. It sounds like the conservatives in Congress won most of their issues in the appropriations process.