Why Was Simon Greer Fired from Nathan Cummings Foundation? 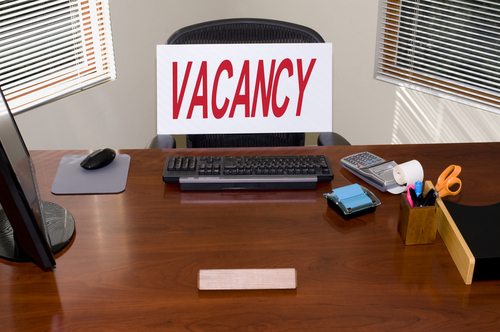 To put it mildly, it is exceptionally uncommon for a foundation to fire its president and CEO. There are some rare examples of foundations that seemed to push their CEOs slowly out the door, such as David Callahan’s contention that the John D. and Catherine T. MacArthur Foundation “sacked” president and CEO Robert Gallucci—that is, chose not to reappoint him after the conclusion of his five-year appointment this year, or Jeremy Nowak’s surprise departure from the William Penn Foundation after two years of controversial leadership of Philadelphia’s leading private foundation. But almost none are like Simon Greer at the Nathan Cummings Foundation where the headlines are that the CEO was “fired,” as the Jewish Daily Forward put it.

The news about the Cummings decision is still preliminary, with no specific public statement about Greer’s departure other than a foundation representative’s confirmation of it—by refusing to deny it. Greer’s being fired suggests that the departure dynamic was at a minimum unpleasant. In the philanthropic world, the typical practice of getting department staff to sign nondisclosure agreements, as Nowak did upon leaving William Penn, makes a similar nondisclosure agreement a possibility regarding Greer, and in any case, it would be uncharacteristic for a foundation leader to disparage his or her former employer, at least publicly, if the person expects to stay in the clubby foundation world. So the story about Greer may come out in dribs and drabs over time.

“Simon was hired to build on the great work the Foundation has been doing and to help lead in some new directions. Most significantly, Simon oversaw a strategic planning process through which the Board chose to shift our grantmaking priorities to focus on combatting [sic] climate change and inequality, two seemingly intractable challenges that threaten our collective future. He also helped to conceive and launch the Nathan Cummings Foundation Fellowship, which provides visionary leaders with an opportunity to bring to fruition their game changing innovations.”

Philanthropy New York then referenced an email from Greer with a different tone:

“In recent months, it became clear that my vision and the Board’s vision for the Foundation had diverged. Despite our agreement around much of the substance of the Foundation’s new direction, we were increasingly unaligned around the hard choices that are inevitably part of implementation. I was ready to continue my work on these and other Foundation priorities, but the Board has decided it wants new leadership.”

There are some parallels worth considering here between Greer and Nowak. In Philadelphia, Nowak was a charismatic, visionary type, not known for his patience with slow-moving social change in philanthropy. A product of social justice funder Bend the Arc, better known under Greer’s leadership as the Jewish Fund for Justice, Greer is a long time advocate of philanthropic funding for progressive social causes. Upon joining Cummings, the single biggest foundation funder of liberal Jewish causes in the nation, Greer led the foundation to wind down its $6 million annually to Jewish causes and to switch its focus to income inequality and climate change. As the Forward noted, “At the time, Greer emphasized that Jewish groups that tackled such causes would continue to receive Cummings funding.”

Our sources tell us that Greer made this strategic grantmaking change with the support of the Cummings board of directors—not unilaterally, not clandestinely, as though the board suddenly discovered what their CEO was doing. The Foundation’s strategic planning led to several published documents about the phases of the process until the final document, issued in November 2013, which explained the foundation’s new mission as follows:

“The Nathan Cummings Foundation supports innovative organizations that share our Vision of a society that measures its success by how it treats those who have the least, And that works to close the gap between America’s promise and its imperfect practice. Specifically, we seek to make progress on two pressing and interconnected problems that must be resolved if our vision is to be realized: inequality and climate change.”

One can imagine that some of the Cummings historic constituency might have been a little uncomfortable with a strategic shift from its longstanding emphasis on Jewish causes, especially with the November 2013 document’s listing of the kinds of things that would no longer be funded by the foundation, including local synagogue projects and programs, Holocaust-related projects, and general support for Jewish education.

The plan described 2014 as a “transitional year” for the foundation, but it seems that the transition amounted to Greer’s dismissal. Foundations are not immune from being pressured by their longstanding grant recipient constituencies. More explanation is needed from the Nathan Cummings Foundation board as to how it could go through a multi-year planning process, launch Greer toward the strategic plans’ goals, and then dismiss him when the plan just started to get underway.—Rick Cohen