Wreaths Across America: Is a Nonprofit Built on Conflict of Interest Still a Nonprofit? 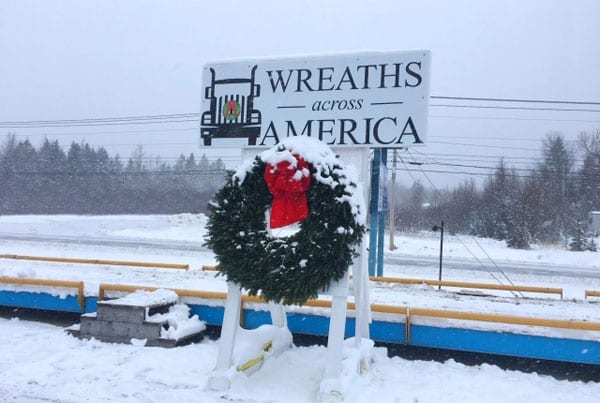 If one were to look at organizational scaling as success, Wreaths Across America would definitely be a model; it has seen phenomenal growth in contributions from $227,000 in 2011 to $14.6 million last year to support its work of laying wreaths at the graves of veterans. The only problem is that the same family that controls the charity also runs Worcester Wreath, the company that supplies and profits from the wreaths. This, of course, is the essence of self-dealing, though after being challenged the nonprofit now discloses this relationship on its website and in all of its reporting.

Dan Boxer, a former adjunct professor of governance and ethics at the University of Maine School of Law, says the situation is definitely outside the norm. “In an ideal world, there would be no relationship,” Boxer says. “It would be entirely independent.” Leonard Cole, a Cape Elizabeth lawyer who specializes in representing nonprofits, also says the relationship is not ideal.

The Worcesters’ wreath company is well established, founded in 1971 long before it and its charity began to provide wreaths to Arlington Cemetery—that was in 1992, after 5,000 surplus wreaths went from the factory to be laid there. The business continued to do so until 2005, when a photo of the wreaths against a snowy background was published around the world. This drew volunteers and support from veterans’ groups, and the nonprofit Wreaths Across America was established with a family member from the business at the helm as executive director and other relations on the board. Karen Worcester remains as executive director to this day.

The advertising of the effort has a desperate tone, as reported by the Times Record:

Last Tuesday, the morning news program Fox & Friends aired a three-minute segment about Wreaths Across America, in which host Ainsley Earhardt told viewers, “There is still an urgent need for donations to make sure every single service member is remembered with a wreath.” Earhardt interviewed Bre Kingsbury, a Wreaths Across America employee, who said the nonprofit had a shortfall of 50,000 wreath sponsorships. Earhardt assured Kingsbury that Fox & Friends viewers would “get this done.”

These kinds of appeals have worked wonders with the public, keeping contributions flowing in at an ever-higher rate year over year, even as critiques of the cozy relationship have heated up.

The arrangement has caught the eye not only of charity watchdogs, but of other media outlets like Money Talks News and the Wall Street Journal, which critiqued the “distinctly commercial aspect” of the charity.

The organization’s response comes from its website: “The story of the formation of the nonprofit is a story that the family and the organization are proud to share regularly as part of its shared history. Wreaths Across America is proud of its commitment to its mission and offers full transparency with donors. To date, each opinion piece where the relationship and integrity of the organization and Worcester family is brought into question is based on misinformation and innuendo.”

In 2016, the nonprofit finally instituted a bid process for wreaths, receiving in the end only one bid…from Worcester Wreath. “We have certain standards that we look for and for other [companies] to follow that would be difficult,” board chair Wayne Hanson said. Well, there you go, then.

Leonard Cole calls the bid process “window dressing,” but Karen Worcester is holding her ground. “It has always been about making sure these veterans are not forgotten,” she said, perhaps ignoring that her family business is sustained by and dependent upon the sole contract from the nonprofit doing the work.

In his classic article, “Conflict of Interest: Mischief Thou Art Afoot,” NPQ’s late national correspondent Rick Cohen wrote that conflicts of interest need to be ferreted out and eliminated, but…

The prevailing wisdom articulated by some sector leaders is that nonprofit conflict of interest occurs when malefactors slither their way into positions of power and plunder the nonprofit storehouse. As egregious as some of these alleged conflicts of interest might appear, not all of their perpetrators were people who joined nonprofits to loot and pillage.

To the contrary, the principals in most of these examples have adamant defenders, even admirers. Their organizations have track records of years of demonstrable accomplishments. Nonprofit sector apologists are shortsighted when these excesses are attributed simply to human nature and the justification that some percentage of the population is going to engage in petty larceny whether they work for charity, business, or government. No, there are dynamics in our sector that unfortunately and sometimes inexorably encourage practices that can evolve into conflicts of interest—and they require all of us to be specially attuned to make sure that things do not go horribly awry.

In our own organizations, the baseline protection against conflicts of interest should start with the board of directors, particularly the chair. Where the board is complicit in the conflict of interest, there isn’t much to be said. But it should be a reminder to current and prospective nonprofit board members that, functionally, they constitute our sector’s and our society’s early-warning system against these depredations.

Beyond the specific organizations involved, peer organizations sustain the collateral damage of conflicts of interest. Consequently, it should be incumbent on nonprofits and nonprofit associations to raise questions with an organization sliding into the morass—and sound the alarm publicly if the descent into this circle of hell continues.

Conflict of interest in the nonprofit sector cannot be written off as the aberrant infiltration of low-level Sopranos skimming their cut of the tax-exempt dollar. Add a few bad judgments, some uncontrolled self-interest, a dose of all-too-common egoism, and the result is a conflict of interest pit that can engulf otherwise good people and organizations.

And sometimes, you just need the intervention of a state charity office.—Ruth McCambridge