Are Crowds “Idiots” When It Comes to Art Funding? 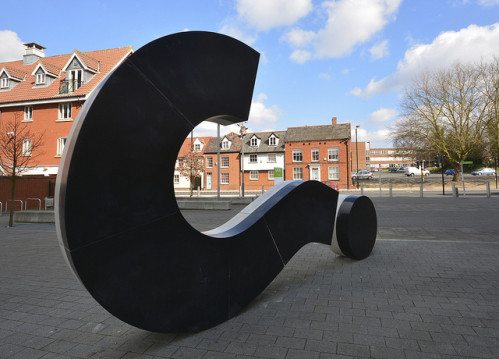 It was odd to read Jonathan Jones declare in Britain’s The Guardian, “Down with Kickstarter! Where art is concerned, the crowd is an idiot.” Earlier in the year, the same newspaper was saying, “There are hundreds of examples of successful crowdfunding campaigns in the arts.”

What seems to be the reason for the difference in position? Jones’s more recent piece is about the august Royal Academy, which has embarked on crowdfunding to finance an Ai Weiwei installation in its courtyard this autumn. Ai Weiwei is renowned for exciting large-scale public works and for having been imprisoned in his native China for his criticisms of its government.

The earlier piece, on the other hand, speaks of the success of arguably more grassroots projects. Open Doors was looking for funds to continue its mission of mentoring new local acts, introducing socially deprived young people to job opportunities in music and creating spaces where music start-ups can network and grow. Shauna McGowan, a screen printer, art facilitator and illustrator planning to exhibit internationally. Web design team, Little Thunder Co., wanted to raise £10,000 to publish its first children’s book, “Chalky the Cat.”

Jones’s argument seems to frame him firmly on one side of the age-old elitism vs. populism debate. “Art,” he says, meaning visual art, hence already narrowing his terms of reference, “is the same as classical music, a high cultural form.” The best decisions artistic decisions have been made by individuals with a real, rare feeling for art. “The greatest art patron ever was Pope Julius II, who hired Michelangelo to paint the Sistine ceiling,” he writes.

The reference to the crowd as an “idiot” is explained by Jones as a reference to finance writer James Surowiecki, who wrote The Wisdom of Crowds. Surowiecki argues that large groups of people are smarter than the elite few, no matter how brilliant some may be. A more applicable citation would have been to a paper, “Wisdom or Madness? Comparing Crowds with Expert Evaluation in Funding the Arts,” published by Harvard Business School this year. The authors found that the crowd is more wise than mad; and that crowdfunding may be a viable source of entrepreneurial financing, for both cultural projects and other startups.

In an interview for Forbes, one of the Harvard paper’s authors, Ramana Nanda, said, “Crowdfunding has enabled a democratization of access to funding.” Jones’s fear is that crowdfunding will lead to art that is “softer, more middle class and less original.”