Disasters & Recovery in the US

At U-Va., a Case Study of Boards Gone Wrong 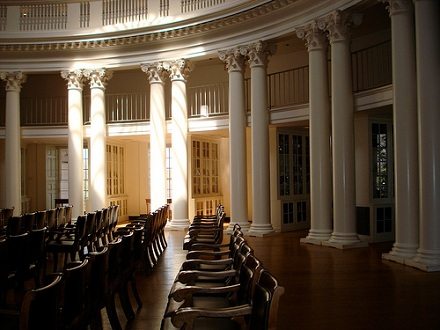 If NPQ Newswire readers haven’t yet read about the state of utter confusion at the University of Virginia after its governing board ousted University of Virginia President Teresa A. Sullivan, please take a look at this example of some pretty horrendous, high-handed, tone deaf board behavior. For all we know, the board, led by one Helen E. Dragas, may or may not have correctly identified shortcomings in Sullivan’s leadership that needed to be corrected. In any case, the board dismissed Sullivan via phone call, rather than a face-to-face meeting.

The result is an uproar that U-Va. hasn’t seen since the place was established by Thomas Jefferson. The faculty is pretty much siding with Sullivan (who is also a faculty member), the board chose an interim replacement who won’t take over while there is debate about reinstating Sullivan, former Gov. Tim Kaine has called for the board to undo its decision on Sullivan, and current Gov. Bob McDonnell has threatened to sack the entire board. Expect the U-Va. board’s behavior during the past couple of weeks in your board training curriculum shortly and for some time to come—as a case study of boards gone wrong.

Even Dragas has contritely admitted that the board didn’t handle the Sullivan dismissal appropriately and she has apologized, though it is sort of unclear to whom she is apologizing. But something struck us about the U-Va. board: who are these people, anyhow? What makes them qualified to be board members, much less board members of one of the most prestigious universities in the United States?{loadmodule mod_banners,Newswire Subscription Plea}

How many did you get right? Can you figure out the kind of person a Democratic governor appoints to the university board versus a Republican? How could you? Does it seem to have mattered in the slightest? They’re all business people! Both governors seemed to have had blind faith in the idea that bottom line-oriented business people possessed the necessary talents and skills to govern the University of Virginia. Notice who’s missing? How about educators, public servants, or people working for nonprofit organizations as human service providers? What were the governors thinking when they went totally corporate for the composition of the U-Va. board?

There have been calls from critics that “diversity” was missing on the U-Va. board, which included few women and even fewer persons of color. But one element of diversity that was really missing was one of mental framework, as the U-Va. board is solely a businessman and businesswoman’s board. Haven’t we yet learned that the magic elixir of business is more magic than elixir? Gov. McDonnell, if you decide to ask these people for their resignations en masse, do consider appointing a different cast of characters drawn from something other than the for-profit business sector.—Rick Cohen