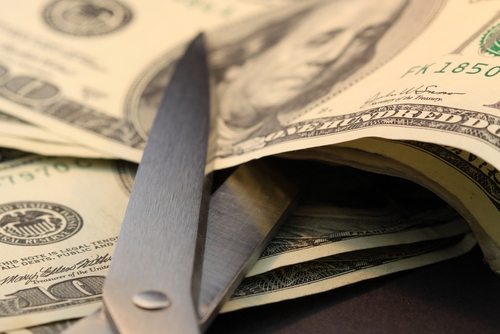 Well, there you have it! A case study in petty legislative brainlessness, conjured by the U.S. House of Representatives. Yes, we’re bitter here at NPQ, because we predicted that this would be one of the outcomes of the Lois Lerner/Tea Party/501(c)(4) scandal at the Internal Revenue Service. Rather than putting needed resources into the IRS so that it would have the staffing—capable, trained, and hopefully competently led—to do the job of oversight of tax-exempt entities, the House seemed to have had a conniption this week and chose to punish the IRS by cutting its tax enforcement division by $1.2 billion, a cut of 25 percent. Overall, that is a cut of 13 percent in the entire budget of the IRS and a funding level 21 percent below what the Obama administration had requested.

That’s just brilliant, House members! As the AP described the House’s thinking, “The cuts reflect GOP outrage over the agency’s scrutiny of tea party groups seeking tax-exempt status and frustration over the agency’s failure to produce thousands of emails by Lois Lerner, the official formerly in charge of the IRS division that processes applications for tax-exempt status.”

Rep. Paul Gosar (R-AZ) introduced a bill to cut the IRS tax enforcement budget by $353 million as punishment for its efforts “to harass, target, intimidate and threaten lawful, honest citizens,” and Rep. Bill Huizenga, (R-MI) tacked on an amendment to cut another $788 million on top of a $72 million cut that was already in the original budget bill. Amazingly, Rep. Dave Camp (R-MI), the chair of the House Ways and Means Committee, even took to the floor to slash another $2 million. Given his committee’s role in, supposedly, boosting the capacity of the IRS to do its job, Camp’s action is unfathomable.

Gosar, Huizinga, and inexplicably Camp may have punished the IRS, but in doing so, they’ve benefitted the nation’s top one percent, who already face minimal chances of ever facing a tax audit. Just short of 11 percent of taxpayers earning $1 million or more were audited in the most recent tax year, the lowest rate since 2010, but a 25 percent budget cut in the tax enforcement division ensures that that rate will drop even further. Call this IRS budget “the tax cheats budget,” because the resulting gutting of tax enforcement will make it easier for tax cheats to escape scrutiny.

Here is Huizinga’s articulated rationale for the cuts in the IRS tax enforcement division:

“The IRS has been targeting American taxpayers based on their political beliefs for the past four or five years. During this period, a culture of shading the truth was fostered and developed by directors and administrators throughout the IRS. Now, this culture within the IRS has grown into one of stonewalling, double talk and mistrust…It is up to Congress to use the power of the purse to rein in the IRS and force them to conduct their analysis in an unbiased manner.”

Maybe someone could explain to Representative Huizinga the logical problems in his action. By gutting the tax enforcement division, Huizinga and his colleagues have done nothing to address what he believes to be political targeting and a culture of stonewalling and doubletalk. What the House has done is made the IRS less capable of doing its job when it is already challenged to carry out its ongoing work plus the new tasks that it was given through legislation passed by Congress such as the IRS role in the Affordable Care Act and its functions vis-à-vis Wall Street banks.

The White House, for its part, has promised to veto the House bill. More than likely, the Senate has other ideas for the IRS. But there is plenty more in the House legislation for financial services and general appropriations that the White House finds objectionable beyond the IRS cuts, including a proposed $300 million cut in the budget of the Securities and Exchange Commission and a plan to make the Dodd-Frank-created Consumer Financial Protection Bureau (CFPB) subject to the annual appropriations process that “would weaken the agency’s essential independence,” both strongly criticized in a statement from the White House issued on July 14th. Those cuts seem geared to helping potential Wall Street cheaters evade regulatory oversight.

And how might this cut affect the Tax-Exempt unit of the IRS? Already in administrative chaos in the wake of the Lerner issues, do you think that IRS administrators will let the minimal budget of the TEGE unit go unscathed as other IRS divisions suffer eviscerating cuts?

Where is the nonprofit sector’s leadership on the IRS budget? For years, it has been well known that the tax-exempt unit of the IRS has been grossly underfunded. Leadership organizations should be militating for adequate funding for the IRS. The most recent issue of the National Council of Nonprofits newsletter, Nonprofit Advocacy Matters, was published on July 14th when the House was just taking up the IRS budget, so it perhaps isn’t surprising that the “federal issues” highlighted in the newsletter were the House’s consideration of extending charitable giving incentives for food inventories, conservation easements, and the IRA rollover (plus the streamlining and consolidation of the private foundation excise tax) and Rep. Camp’s draft tax reform plan that would potential reduce, according to NCN, charitable giving, and not the IRS budget debacle. Independent Sector’s “Word on Washington,” also dated July 14th, led with a paragraph on the charitable giving extenders, IS’s open letter on the subject to the House leadership, and an ad that IS ran in the July 16th edition of Roll Call.

That’s not going to be good enough. For all of the talk of nonprofit accountability and the need for effective IRS oversight and enforcement, regardless of Lois Lerner’s history, the leadership of the nonprofit sector has to stand by its words and call for adequate IRS funding, not just for this year, but reversing the underfunding that has plagued its tax exempt oversight functions for a long time.