Remembering the Vital Importance of Solidarity in a Time of Violence

In the wake of the mass hate-inspired shooting at the Tree of Life synagogue in Pittsburgh, a number of funds have been started, including one campaign hosted by Muslim crowdfunding site LaunchGood. It aims to help shooting victims, “whether it is the injured victims or the Jewish families who have lost loved ones.” The campaign’s original goal of $25,000 was raised within six hours of its launch. As of this morning, $116,000 has been raised, and the goal updated to $125,000, a progression which reminds us of the RAICES campaign that started with a small goal and raised $17 million. Elsewhere, an Iranian immigrant has established a similar effort on GoFundMe which has raised $564,000 from almost 10,000 people.

These expressions of solidarity are particularly on point since, as is reported in The Forward, the gunman had been raving online about the Hebrew Immigrant Aid Society’s National Refugee Shabbat which involves American synagogues, including the Tree of Life, promoting acts to support refugees from around the world, many of whom are from predominately Muslim countries. “HIAS likes to bring invaders in that kill our people,” Bowers said in a post hours before the attack. “I can’t sit by and watch my people get slaughtered. Screw your optics, I’m going in.” The New York Times has described the HIAS network which has been in existence since 1881 and is one of nine national refugee resettlement agencies in the US here. “We used to welcome refugees because they were Jewish,” says Mark Hetfield, president of the group. “Today HIAS welcomes refugees because we are Jewish.”

Perhaps readers are surprised that Muslim communities have shown solidarity to the people who were killed in Pittsburgh, but there is a long history of support for the Jewish people among Muslims in Spain (before the Christian conquest), North Africa, and the Middle East.

The positionality of the Jewish community in the US has long been a complicated one. As Laurie Goodstein in the New York Times notes, while Jews may be feeling “unprecedented acceptance” in the US, the climate has been growing “increasingly hostile.” The Anti-Defamation League logged a 57 percent rise in anti-Semitic incidents in the United States in 2017, notes Goodstein.

Goodstein writes that Deborah Lipstadt, professor of Holocaust history at Emory University, likens anti-Semitism to “a herpes infection that lays dormant and re-emerges at times of stress. It doesn’t go away, no matter how ‘acculturated’ Jews have become.”  Chas Danner and Adam K. Raymond write that the times of stress are too often connected to political rhetoric.

Bowers had published numerous posts about HIAS on the Gab social network, and appeared to ascribe to the anti-Semitic conspiracy theory that Jews were financially supporting an invasion of immigrants into the U.S. In particular, Bowers had frequently ranted about the caravan of Honduran migrants which President Trump and his allies on the right have been using to inflame the immigration debate and motivate Trump’s base ahead of the upcoming midterm elections.

Today, we remember the eleven people who were murdered in Pittsburgh. And we remember again the victims of the Black church in Charleston, South Carolina, three years ago; the two victims of the shooting at a Kroger just this past weekend after the gunman tried unsuccessfully just moments before to enter a Black church; and we remember the detained children, and those in caravans, and indeed all who have suffered from exclusionary violence due to their race, gender, religion, immigrant status, or sexuality.

Do we believe that the president’s self-identification as an “old fashioned” nationalist and such hate-incited events are connected? Are we getting out the vote to ensure that hatred does not further infect our national discourse and policies?—Ruth McCambridge and Steve Dubb 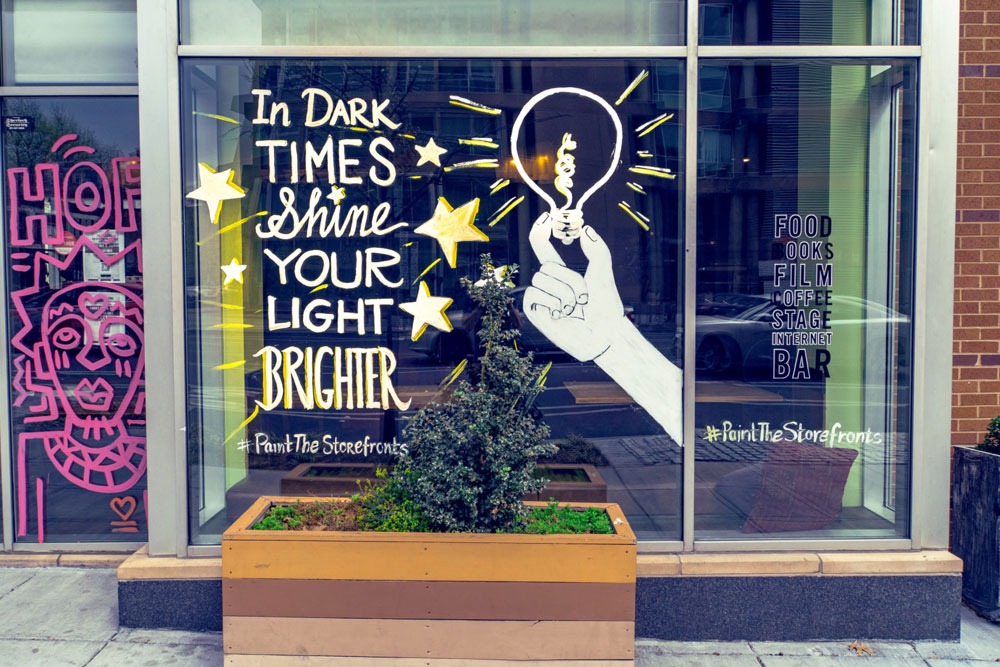