The Feds Take Action against Crowdfunding Fraud, and It’s About Time! 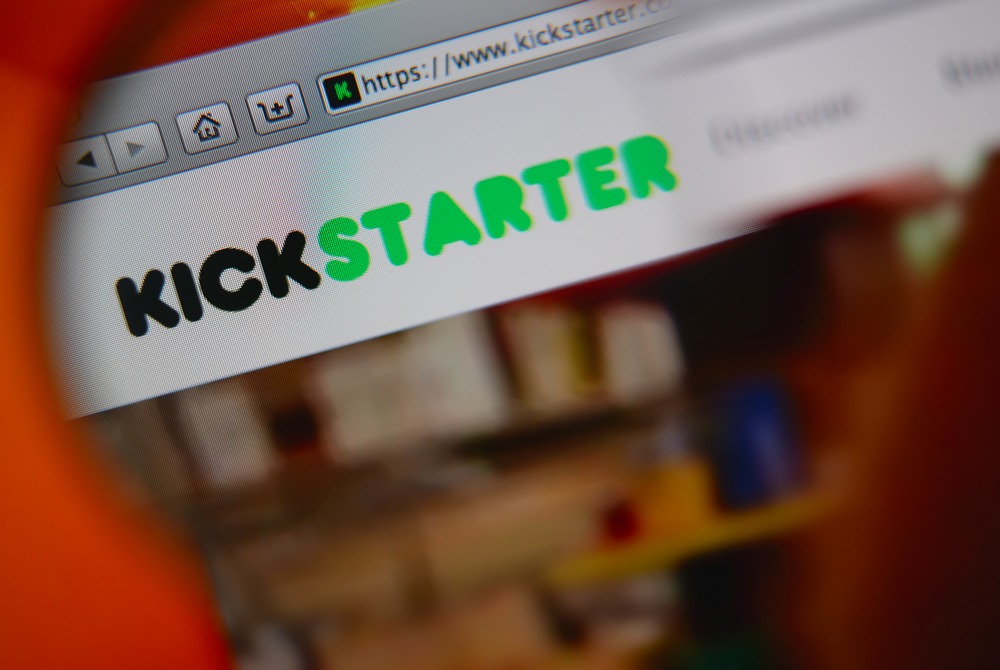 The Federal Trade Commission had landed hard on the Kickstarter crowdfunding platform.  It may be just what the doctor ordered to protect people donating to odd and sundry products and companies pitched on Kickstarter, Indiegogo, and others.

In the world of crowdfunding, the mechanisms of consumer protection are pretty thin.  While crowdfunding platforms assert a commitment to integrity and ethics, it really boils down to caveat emptor.  Kickstarter for example deploys an “integrity team [that] uses complex algorithms and automated tools to identify and investigate suspicious activity on projects,” but the real protector of integrity is the community of “backers” that, Kickstarter says, provide reports on what project creators are pitching and whether they are following through.  In essence, in crowdfunding, it’s caveat civitas.

If you ask the crowdfunding community, external regulatory oversight is anathema, to be resisted.  That was successfully achieved and expanded when President Obama signed the JOBS Act in 2012 to allow equity funding for small businesses.  Recently, the Securities and Exchange Commission issued regulations on the maximum amount of money regular citizens, not just accredited investors, could invest in Regulation A+ (yes, that’s the term that the SEC is using) for these below IPO-level offerings.  The crowdfunding world couldn’t be happier.  As David Drake enthused for CrowdFundBeat, “New Regulation A+ Rules Will Rock the Crowdfunding World”.

The voice of the robot in “Lost in Space” warning “danger, Will Robinson!” seems appropriate at this point.

In any case, despite the crowdfunding community’s ability to crowd-regulate, crowdfunding is a proposition that is distinctly different than, as Kickstarter’s Justin Kazmark was quoted to have said, an online store like Amazon.  If you don’t like the quality or performance of what you buy, you can return the product to the store, because the reward you wanted was the product in good working order.  At “Kickstarter,” he says, “is at the intersection of commerce and patronage, it’s a way for creators and backers to bring a piece of work to life together. This is a new framework….. Part of the value is the reward, which has a delivery date, but the most compelling rewards draw the backer into the experience. Sometimes it’s the copy of a book, a digital download of the film, your name in the credits, but it feeds into the rewards this notion of process.”

Platforms like Kickstarter and Indiegogo might not be the equivalent of Amazon online stores, but the “backers” are consumers who are attracted to donate to the causes and products they pitch based on online descriptions and offers of rewards like those mentioned by Kazmark.  Do crowdfunding consumers merit protection from potentially deceptive or unfair marketing? As the platforms get bigger and delve into equity crowdfunding, despite the Obama Administration’s light touch on regulation, some observers think more might be needed.  Liz Logan writing for the Smithsonian.com last year pointed out that the crowdfunding audience is getting larger and more money is flowing to projects and sponsors with relatively limited information about them.  For example, the creators of the “Smarty Ring” have raised about $400,000 on Indiegogo, but Logan notes, “without having to provide any background information on the team or the production company.” One successful crowdfunding creator, despite his success in raising money for his design firm, told Logan, “I believe we’re dealing with a ticking time bomb. A high-profile project is going to fall totally flat on one of these platforms and there’s going to be a big, public fallout.”

Last year, the Attorney General of the state of Washington, Bob Ferguson, filed suit against Altrius Management, a company that raised $25,000 on Kickstarter for a playing card game called Asylum designed by a Serbian artist.  Because of a missed delivery dates and no updates from Altrius (unlike the Smarty Ring guys who missed delivery dates but occasionally provided terse updates saying that they would deliver at some point), the AG sued, seeking restitution for donors and penalties for violating the state’s consumer protection statutes. “Consumers need to be aware that crowdfunding is not without risk,” Ferguson said in a statement. “This lawsuit sends a clear message to people seeking the public’s money: Washington state will not tolerate crowdfunding theft. The Attorney General’s Office will hold those accountable who don’t play by the rules.”

Washington State’s action may have been the first, but it certainly won’t be the last, given the proliferation of crowdfunding platforms.  The federal action this year came from the Federal Trade Commission, which charged that Erik Chevalier misused $122,874 he raised on Kickstarter for a board game called, “The Doom That Came to Atlantic City,” featuring characters from the writings of H.P. Lovecraft.  Chevalier eventually gave up on the game and promised to refund donors money, but never did.  In fact, he had already used most of the money raised through Kickstarter on expenses unrelated to his Doom game.  The FTC settlement with Chevalier made him commit to refrain from future misrepresentations about crowdfunding and penalized him $111,000, though the penalty was suspended due to Chevalier’s inability to pay.

As Jack Karsten and Darrell West note in a Brookings blog posting, a crowdfunding  platform for raising capital “allows an entrepreneur to bypass traditional financing, which benefits small projects that would not otherwise qualify for a loan or venture capital investment. “  That is partly the theory behind the Obama Administration’s endorsement of the equity crowdfunding provisions in the JOBS Act, providing capital to entrepreneurs for products that may not turn a profit for a very long time, but capital in which the investors simply want and expect a reward such as a trinket or copy of the product rather than an equity ownership stake in the company. But who or what will require crowdfunding companies like Chevalier’s to live up to their commitments on the promised use of donations (he said he would use the money to hire artists to design the board game rather than paying for his rent and his moving expenses).  Neither the FTC nor the Washington State litigation involved actions against the Kickstarter platform, notwithstanding whatever representations Kickstarter may or may not have made to donors or investors.

Expect more scrutiny of crowdfunding from the FTC, regardless of the Obama Administration’s and the SEC’s relatively hands-off approach to crowdfunding.  The FTC has launched a program called FinTech aimed at protecting consumers in the rapidly expanding and evolving high tech markets.  There’s little question that the FTC is quite happy with this action, noting it as its first dealing with crowdfunding.  A British analyst, Avtar Sehra, points out a variety of potential problems in equity crowdfunding, including the likelihood that donors “with little or no experience in reviewing company financial statements and looking at business plans are using equity crowdfunding platforms to invest in businesses and ideas they find interesting. This combined with the fact that there is little or no objective third party review/validation of the investment details presented, investing on equity crowdfunding platforms can be a very risky business. I would go as far as to say this is by far one of the most risky forms of alternative investment products available to the retail consumer!”

Nonprofits are not the only or even perhaps the predominant beneficiaries of or participants in crowdfunding, but the fact of the FTC taking action is interesting as an example of one federal agency filling the void of another.  Consider crowdfunding an instrument or creation of social enterprise.  At the federal level and even among states, just how governmental agencies plan on monitoring and regulating social enterprise is unclear, to put it mildly, especially when social enterprises such as low profit limited liability corporations (L3Cs) or benefit corporations look, sound like, and even mimic nonprofits.  Typically thought of as the venue for oversight of the tax exempt sector and likely to be a place where review of hybrid entities might reside, the Internal Revenue Service hasn’t been exactly planting itself in the batter’s box in preparation of social enterprise regulation or even, given the tax exempt unit’s meltdown in the wake of the Lois Lerner brouhaha, much nonprofit oversight.

In fact, the recent high profile take-down of four incredibly dubious cancer charities was led not by the IRS tax exempt unit, but by the Federal Trade Commission in concert with state regulators across the nation.  At the time of the cancer charity action, South Carolina Secretary of State Mark Hammond said, “When charities lie to donors, it is our duty to step in to protect them.” It seems clearly to be the role of the FTC to tackle problems in the crowdfunding arena.  The lesson to be learned, given the problems of the IRS, may be that consumer protection is, at least for the moment and for some years to come, going to be the modus operandi for charity regulation.—Rick Cohen