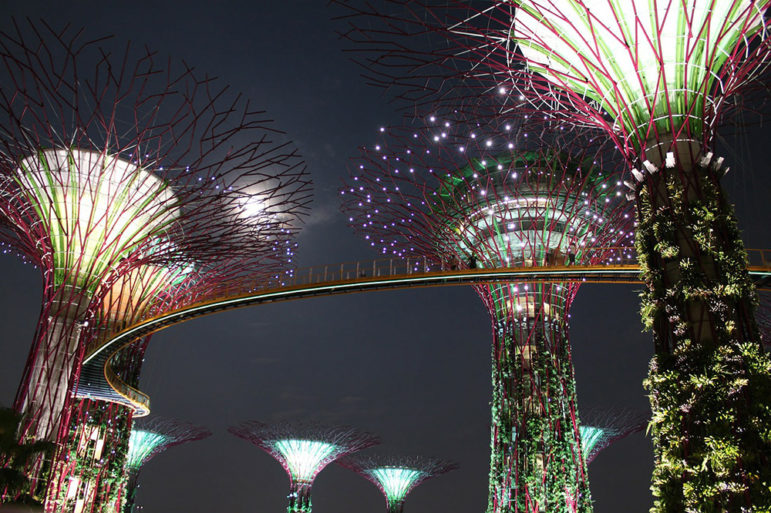 Mike Elgan’s probing article in Computerworld posits “technology companies tend to couch their products not as businesses for profit, but as gifts to humanity.” After all, more than half the world’s population is offline. In their own ways, Amazon, Facebook, and Google are trying to bring devices and free access to the Internet to as many of these people as possible as fast as they can. Is that a good thing? Moreover, is it philanthropic?

India does not think so; Facebook’s Free Basics program was rejected as being a violation of the nation’s version of net neutrality. Google’s Free Zone initiative seems to have failed, too. Elgan reports, “I contacted most of Google’s Free Zone telecom partners. Some refused to comment, but others said the program was now defunct.”

Working with Worldreader and with financial support from the Stavros Niarchos Foundation and the Bill & Melinda Gates Foundation, Amazon is donating Kindle formatted eBook readers to Kenyan libraries. Worldreader had until now been “platform agnostic.”

And these digital conglomerates are just getting started. Elgan describes Free Zone and Free Basics as mere “placeholders.” Artificial intelligence, cloud computing, augmented and virtual reality, drone- and balloon (Loon)-delivered Internet service, and the “Internet of Things” are on their way, wrapped up as “gifts to humanity.”

These investments are made with the long term in mind. People stay with the brands they know—forever. Microsoft learned this when their Bing search engine failed to draw users away from Google.

So when the majority of the people on the planet do start reading eBooks and get online, and do pick their favorite brands, Amazon, Facebook and Google want to be there to scoop up those future lifelong users. More than a philanthropic service, it’s also a forward-looking business plan.

On Monday, August 29th, Mark Zuckerberg and Zuckerberg’s wife, Priscilla Chan, visited the Pope in the Santa Marta guest residence where the Pope lives. They discussed “how to use communication technologies to alleviate poverty, encourage a culture of encounter, and make a message of hope arrive, especially to those most in need.”

“We gave him a model of Aquila, our solar-powered aircraft that will beam Internet connectivity to places that don’t have it,” Zuckerberg said in a Facebook post. “And we shared our work with the Chan-Zuckerberg Initiative to help people around the world.”

It would seem Amazon is taking on religious language and priorities as well. Here is a video of Dave Limp, SVP, Amazon Devices & Services, introducing the new Amazon Reading Fund.

I’m constantly amazed by the missionaries I work with on the Kindle team—they have the singular goal of making it easier for people around the world to discover and enjoy great books. This team wakes up every day motivated to invent on behalf of readers in large part because of the stories we hear from our customers—everything from getting kids excited about reading, to helping make reading comfortable at any age, and even providing access to books in rural communities.

Is the Internet free and open, as originally promised, or are these benevolent monopolists colonizing the digital world with investments today in order to reap the profits for many years to come? Zuckerberg is pledging 99 percent of his shares to philanthropy (some $45 billion), but what is his understanding of charitable giving? Is connecting the world philanthropic? Would Facebook, Amazon, and Google seek to connect the world and remain “agnostic” about what service and devices people choose to use to be connected? Are Amazon’s “missionaries” evangelists for ubiquitous connectivity and literacy or for Amazon’s dominion over how people connect and read?

Does the behavior of these three companies in terms of paying their fair share of taxes offer any insight into their collective and individual capacity for selfless philanthropy? Taxes pay for urgent societal needs such as education and health care. Do they believe, as some libertarians do, that they are better at distributing their wealth than democratically elected governments?

Yes, Zuckerberg is pledging 99 percent of his Facebook shares to his innovative vehicle for “philanthropy” (in the form of an LLC) during his lifetime, but he is not losing his controlling stake in his company. Are these companies and their founders about giving or taking, or is it never that simple?—James Schaffer