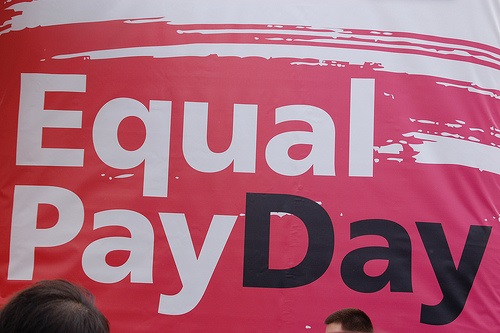 Speaking for myself, I am tired of this story but feel honor bound to report it so that the circumstances that engender it are kept surfaced in front of boards who hire and set the pay for nonprofit leaders.

In Southwestern Pennsylvania, 64 percent of executive directors at nonprofits were women; their average pay was $101,475, but that average salary is a mere 75 percent of the average $135,170 that men took home. These findings are derived from a survey performed by the Bayer Center for Nonprofit Management at Robert Morris University and the accounting firm of Horovitz, Rudoy & Roteman.

While the differential has lessened since 2002 when it was 67 cents to the dollar, it has leveled off in the last few years. “We’ve made some progress and gained some ground before the Great Recession [in 2008], but since then we’ve hit a plateau,” said Bayer Center executive director Peggy Outon, who heads the center’s 74 Percent Project, which conducts research on female nonprofit leaders.

As in other similar studies, in the largest nonprofits where salaries tend to be highest, there are proportionately fewer women in leadership. It is only in the very top tier of nonprofits with budgets of $15 million and above that men in leadership are a majority (see below). 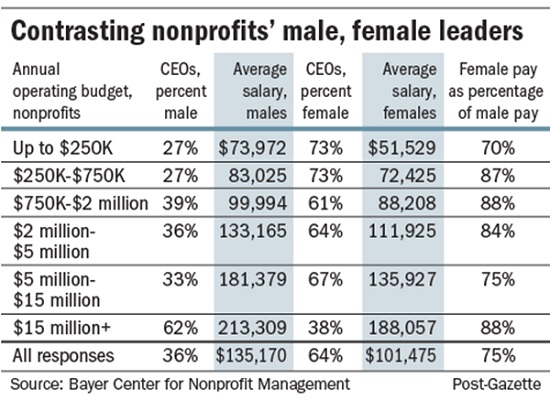