Can We Stop Arguing over “Nonprofit”? 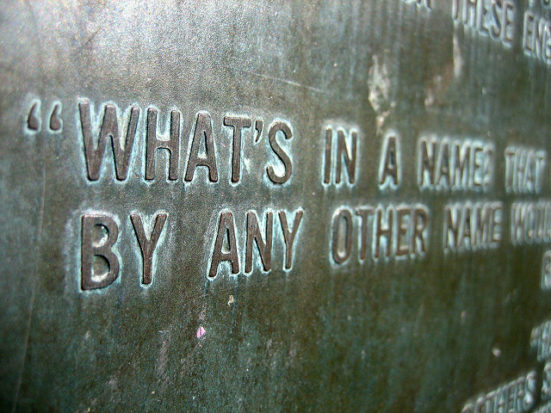 Allison Gauss, in marketing at Classy, whose tagline is “Online fundraising for the modern nonprofit,” gamely asks, in the title of her SSIR article, “Is It Time to Ditch the Word ‘Nonprofit’?”

The short answer is “no.” Here’s the long answer to the old canard that “nonprofit” is no longer cutting it, if it ever did: It’s for us to change the world, but not that word. That is the prerogative of the U.S. government, which created and sustains the confusing terms “nonprofit” (not existing or done for the purpose of making a profit) and the distinct and different “not-for-profit,” which merely serves as a classification in the U.S. tax code for certain activities of for-profit corporations. As Bruce Hopkins says in his book, Starting and Managing a Nonprofit Organization, not-for-profit “refers to an activity that is engaged in without a profit motive.”

And perhaps that’s the point—and a very good one, at that. It may be that on some level, the knowledge that one’s donation isn’t being converted to personal profit is the threshold the public wants. Maybe it reflects the belief that some things are not best served by an unfettered free market, but rather by collective efforts where people meld their interests cooperatively with others—whether through giving cash or time or voice—and agree in so doing not to profit unreasonably.

Of course, the term “nonprofit” was never meant to explain your cause. That ongoing challenge is up to you. If you begin your appeals with “give because we are a nonprofit,” please read some of the hundreds of NPQ articles on the subject of fundraising. If you are raising money for your cause, you may be surprised to learn that your nonprofit is a small subset of the total number of organizations that share your sector. Consider the types of exempt organizations. Ms. Gauss prefers the words “social impact sector.” The Everglades Club in Palm Beach (so exclusive it does not have a website) would likely object.

Yes, all nonprofits must produce an annual surplus to stay healthy. An endowment is also a good thing. That is not the same thing as profit. The IRS is very clear about what the prohibition against inurement of net earnings means.

“Why should groups describe themselves by what they are not?” she asks. And yet… and yet… It is that and yet which is the tidal return of the persistent need to distinguish a nonprofit from, say, Ms. Gauss’ employer, the for-profit Classy, though both are about benefiting society.

Referencing Dan Pallotta’s writings, Ms. Gauss notes, “‘Nonprofit’ means, etymologically, nonprogress.” Yes, the prefix “non” opposes what the sector stands for (except if you are the Everglades Club), but like the thumb opposing the fingers, the term nonprofit ably grasps the far-flung edges of all exempt organizations.

Ms. Gauss cites names for the sector suggested by others—Dan Pallotta’s “humanity sector,” Robert K. Ross’ “delta sector” (not the military unit or the first-person shooter video game). Others include “social sector, third sector, independent sector, and social good sector.” Far more common alternative names not cited in her article include “voluntary sector,” “civil society,” and the globally recognized non-governmental organization (“NGO”) created by the UN in 1945, of which there are 10 million worldwide.

Here is one among many observations from when NPQ addressed this issue back in 2014:

Peter Hero, who for many years was head of the Silicon Valley Community Foundation, thought that we should change the name of the sector to “public benefit corporations,” or PBCs for short. So, for a long time, during Peter’s tenure, if you were in Santa Clara County, everybody would say, “I come from a public benefit corporation.” And then, of course, five minutes after Peter resigned, everybody stopped using that and went back to a word that everybody could understand: “nonprofits.”

Ms. Gauss claims that the use of the word “charity” is in decline (tell that to the IRS, the UK’s Charity Commission, or to Charity: Water, arguably the world’s smartest nonprofit brand). She also makes reference to Dan Pallotta’s assertion that “the Puritans’ idea of charity was more about cleansing the giver than uplifting the beneficiary.” Just because Pallotta has a cagey way with words, such as in his 18-minute TED talk, “The way we think about charity is dead wrong,” does not mean they spring from scholarship. The history of the tax-exempt sector is a long and complicated one.

Other signs that the word “nonprofit” still seems to work are that giving is up and no one has accused our sector of being a “great vampire squid wrapped around the face of humanity, relentlessly jamming its blood funnel into anything that smells like money.”

Classy.org is a creative and reputable service helping the nonprofit sector change the world for the better, but why no for-profit donate button or volunteer sign-up? Why not organize as a nonprofit or B-corporation? Exactly.

Some tax-exempt organizations stretch the definition of “nonprofit” ever-farther, such as Stanford University, “a $5.5 billion enterprise” with a $22.5 billion endowment. Others, such as the NFL, which wore its nonprofit authenticity like a Roman greeter at Caesars Palace, eventually change their tax status to fit their reality better.

“Nonprofit” is why the general public supports the sector with its tax-deductible dollars. They trust that all earnings will not inure to any private shareholder or individual. Congress, attorneys general, and the FTC are there to ask questions whenever that line is apparently crossed.

Yes, informal networks, corporate and cause marketing initiatives, the sharing economy, social entrepreneurship, and yet-to-be-invented social impact ventures are all viable channels for philanthropy. This is particularly the case for tax code agnostic initiatives, such as Zuckerberg’s new LLC and the recently announced MacArthur Foundation contest. Still, for the general public, a need for the classification of “nonprofit” remains.

Yes, as nonprofits integrate earned income models into their activities, and socially oriented businesses integrate social impact into their for-profit activities, the lines between some for-profit and nonprofit organizations are blurring. Are we not all social entrepreneurs? Do we not all have a passion for a mission? Nevertheless, the nonprofit has the privilege of receiving tax-exempt gifts and the for-profit does not. The distinction matters because it denotes an appropriately stewarded use of donor money, and we all are required—or should be required—to live up to that assurance.

The word “nonprofit” never called for a mental capital letter. Nearly one in three people worldwide donate and one in four volunteer because they are inspired by that charity, though admittedly comforted by the sector in which that nonprofit is registered by its government.