Going Bold for the Crowd (funding) 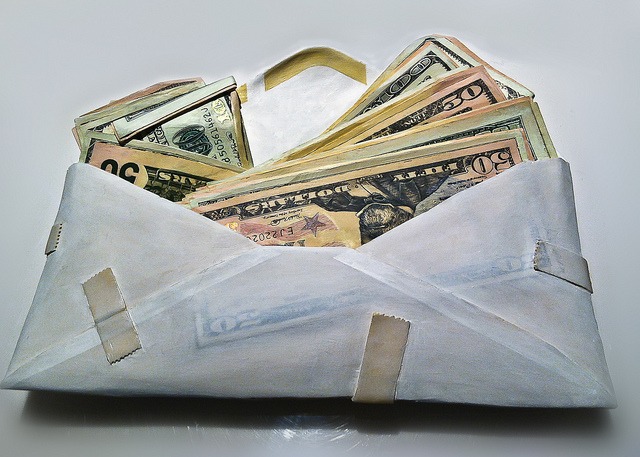 Over the past eight years, crowdfunding has become a significant trend in the nonprofit sector, and many organizations still yearn to crack the crowdfunding code. NPQ has covered this funding model with articles about possible fraud as well as benefits and specific tactics. Like social media, crowdfunding isn’t going away, and reports on successes, along with some how-to’s from expert sources, give nonprofits a good idea about whether this platform is really worth it.

This recent The Globe and Mail article describes how artists and writers are gaining crowdfunding ground with “under the radar” projects that appeal to a niche audience. One Toronto-based writer said that she supported people whose work is highly relevant to her values. For instance, she contributes to Chicago comic Ali Barthwell, whom she has never met or seen perform onstage: “I support Ali because she regularly generates Facebook content that is very thoughtful and compelling. [She] gets thousands of shares…and then her notifications become a mess of dudes and white people being idiots. I can’t fix that, but I can like give her five bucks a month and hope that people will step up too.” These comments speak to the desire for donations to reflect one’s values, and, not surprisingly, small donors are similar to major donors in this way.

Disappointing results on these sites can stem from a misunderstanding of online funding, such as the misconception that simply posting a page will bring in funds. CauseVox CEO Robert Vu describes some basic elements of effective online fundraising:

Over on Beth Kanter’s blog, Wu goes into even more detail about goals and metrics in his round-up of best practices for nonprofit crowdfunding: have a measurable goal, use impact-driven gifts instead of rewards, create a “sexy” story, cultivate a tribe of supporters, and have a very specific media plan.

As a whole, these tactics aren’t very different from regular fundraising practices. As nonprofit consultant Kivi Leroux Miller says, “Nonprofits have really been doing a form of crowdfunding for years. You need something that costs money. You ask your community for money so you can get that certain thing. Your community responds.” She says the differences are mainly the platform and the need to fund a very specific project and not just garner general support.

Another generalization is that successful crowdfunding projects have a very distinctive mission that reflects the task-oriented nature of the web. Clear calls-to-action and an inspired, get-up-off-your-butt message let people easily get behind a mission. One example of crowdfunding success is One Girl’s Do It In a Dress campaign to help educate girls in Africa. The campaign incorporated best fundraising practices, especially for the web, to meet their $40,000 campaign: simple instructions (create page, raise funds), an element of surprise (do your fundraising in a dress), and a millennial-friendly vibe that is anything but stuffy.

In essence, the principles for crowdfunding are the same as regular fundraising: capitalize on relationships, demonstrate a need, and explain why your organization in particular is positioned to help. A specific mission that people can get behind—plus strong branding and a compelling story—gives people a very clear motive for connection, no matter how deep their pockets. For nonprofits, crowdfunding is not so much about being “under the radar” but rather about being directly in the crosshairs of any level of donor who can get behind your values.—Amy Butcher