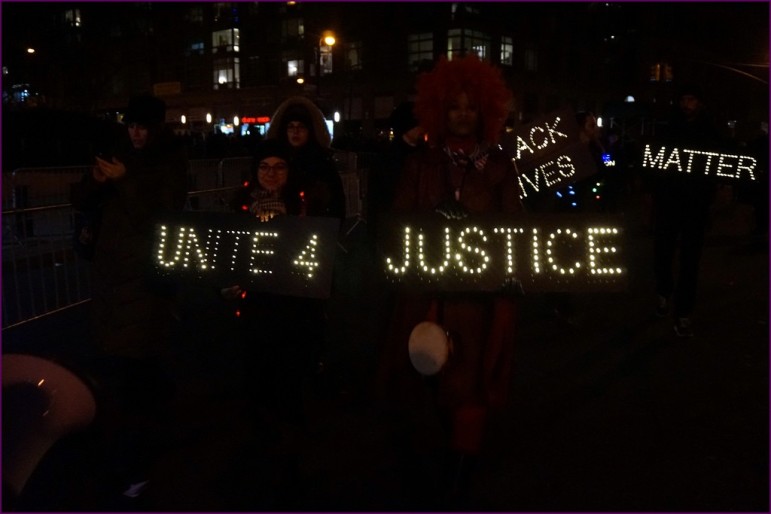 2015 has been, in a word, intense. We have identified nine significant trends and stories to reflect on and encourage you to add a tenth, or as many as you like. We thank all of the readers and others who contributed ideas for this annual column.

In 2011, Time Magazine named “The Protestor” as Person of the Year, and last year “the Ferguson protestor” came in second only to “Ebola Fighters.” When a mainstream magazine comes to understand that it’s not the individual leader that makes a resilient movement, perhaps it is time to acknowledge that there has been a persistence and vitality in collective action over the past decade that speaks to the power of civil society—not embodied in one nonprofit or foundation, or even a single coalition, but in networks of action that have a unified purpose. On the organizational level, we have seen it in stories like Sweet Briar College and the San Diego Opera, and on the state level we have seen it in the widespread pushback to Indiana’s Religious Freedom Restoration Act. On the national level, we have seen consistent action (and some progress) this past year on wages, racial justice, and environmental issues. Take a bow if you participated, but only for a quick moment, because the work is far from done.

Some nonprofits spent 2015 being hauled into the middle of national partisan fights. The most identifiable by name, of course, is Planned Parenthood, which was “stung” by a series of videos released by the Center for Medical Progress in July of this year. Though the footage was later revealed to be rather heavily edited, allegations from the  CMP that Planned Parenthood was selling fetal tissue for a profit dogged the organization, which spent the rest of the year fending off attacks made on that basis. The Republican Party and its members made most of the calls to action, threatening to once again shut down the federal government if they could not get a rider defunding the group. (Planned Parenthood, to be clear, has never been federally funded to provide abortions; the funding it receives is for other women’s health services.)

At the time the videos were released, Rick Cohen wrote “Smoke and Mirrors and Malice: What Nonprofits can Learn from the Planned Parenthood Imbroglio,” a critique of the organization’s original communications response.

Nonprofits can take a few lessons from this. First, caution staff against callous discussions of sensitive issues—ever. It is a bad look for any organization dealing with questions of life and death, and a disastrous one when the organization is already in a decades-long war.

Second, when attacked, find a way to use the moment to re-declare your own principles and strengths: “We believe in a women’s right to choose and we admire women who even in their own moment of difficulty can make this decision. We want to be helpful to those good intentions, as any medical facility must, even when a family might be grieving.”

Later in the year, we saw a legislative hearing that was meant to take Planned Parenthood to task for the fetal tissue issue but instead wandered off into other mini-attacks, one of which was an attempt to call out Cecile Rogers, the CEO of Planned Parenthood, for her salary. She was momentarily stymied—probably surprised by the irrelevance of the question—though NPQ later showed that she is relatively underpaid for her position, as many nonprofit women leaders continue to be. Still, it is worth noting that virtually any attack on a nonprofit will eventually include a look at the salaries of its leaders—often available in the public record via the Form 990—and it’s best to be prepared for this cultural prerogative. It is a basic tenet in this sector, which enjoys some reputation for doing good, that excessive greed is not a good look.

As we ended the year, many had moved on to a different vein of extremist rhetoric, <a href="https://nonprofitquarterly.org/2015/11/17/news-stories-on-syrian-refugees-and-american-politics-sad-predictable-disappointing/" target="_blank" data-wpel-link="int