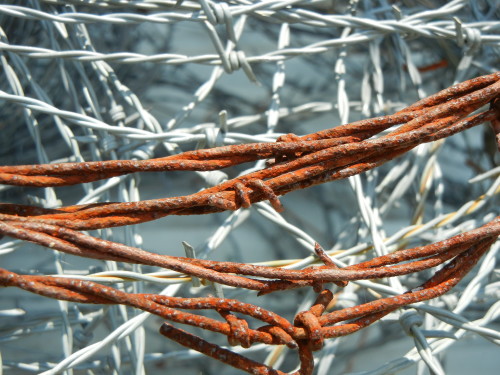 As part of President Barack Obama’s broader plan to enact criminal reform efforts before the end of his term, on Monday, April 25th, the Department of Justice rolled out a new policy plan to guide federal ex-felons’ reintegration into society. The announcement was initially previewed in a video released this weekend by President Obama in anticipation of the first “National Reentry Week,” which began on Sunday and was designated by the DOJ.

Throughout this week, DOJ officials, advocates and community leaders held and will hold events around the country to raise awareness among communities and prisoners of the support that is available and what more can be done. The announcement comes just days after Virginia governor Terry McAuliffe gave more than 200,000 convicted felons in Virginia the right to vote in an executive order, coinciding with many of the policies outlined in this new plan.

“Supporting successful reentry is an essential part of the Justice Department’s mission to promote public safety—because by helping individuals return to productive, law-abiding lives, we can reduce crime across the country and make our neighborhoods better places to live,” said Attorney General Loretta Lynch on the new policies.

During a visit on Monday to Philadelphia, Lynch formally announced The Roadmap to Reentry, a policy plan meant to improve how federal prisons handle the release of prisoners. The plan is composed of five principles (see below) that will guide efforts to reintegrate former federal prisoners. Importantly, the principles, as provided below, supply support both after and during incarceration in the hope of a smooth transition back into society. This support includes improving housing options once prisoners leave and helping prisoners forge better relationships with their families while they’re still incarcerated. While the principles are not necessarily new, they would provide an improvement on current policies, and they may influence state policies as well.

The Department of Justice takes the view that “reentry begins on Day One.” And, just as important, our involvement does not end at the prison gates. As such, these corrections principles span the cycle of custody and beyond: from intake, to incarceration, through to release.

The plan thoroughly outlines each principle, providing research and additional information for how the principle will be put into effect. For example, under Principle III, which advocates providing resources to build familial relationships, the plan says the DOJ will launch a pilot program with the Office of Juvenile Justice and Delinquency Prevention for children of incarcerated parents at four Bureau of Prison facilities. This same week, the Casey Foundation released a report illustrating how detrimental a parent’s incarceration is for a child and a family. The report recommends getting families into the very programs that the plan suggests to ensure the prisoners’ families are receiving the emotional and financial support they need. The Roadmap to Reentry also ensures the prisoner is receiving support, as well.

Moreover, along with Secretary of the Department of Housing and Urban Development Julian Castro, Lynch announced $1.75 million in funding to 18 public housing groups around the country to further aid both groups and the exiting prisoners, as seen in Principle IV. The grants vary in amounts, ranging from $25,000 to $1.3 million, which went to the public housing group in L.A. The Community Legal Services in Philadelphia, which provides legal services pro bono to low income residents in Philadelphia, said it would match $25,000 of that funding.

Other parts of the plan appear to still be in progress or do not include the necessary detail to determine whether they can be effective. For example, under Principle V, the plan makes an extraordinary request of each state governor “to accept BOP identification as a predicate for obtaining state-issued identification upon release.” Lynch reportedly sent a letter to each state governor urging him or her to adopt the policy. While allowing former prisoners to have state-issued IDs for finding housing or work would undoubtedly be a major step in the criminal reform movement, there would likely be significant pushback from some governors. Moreover, it’s still uncertain how other areas of the plan will be financed in general. The plan also only impacts federal prisoners, but as mentioned, it may help inform state policies for prisons.

In a video released over the weekend, Obama expanded on the initiatives and also noted that his administration is currently working to release a report on the economic costs of high rates of incarceration as well as collaborating with businesses to ensure former prisoners are able to find employment. Several states have already adopted the “Ban the Box” initiative, which mandates certain employers cannot ask a prospective employee about their criminal record, to help stymie discrimination based on prior convictions. As NPQ has reported previously, the policies do vary state-by-state or city-by-city in some cases, but 23 states and over 100 cities so far have adopted some version of the policy.

However, Obama noted significant work remains to be done, including addressing “the pipeline from underfunded schools to overcrowded jails” and investing in alternatives to prison, such as drug courts and mental health treatments facilities. Earlier this year, Obama announced efforts to address the opioid epidemic, such as making it easier for doctors to disburse anti-addiction drugs to users and expanding mental health coverage. He ends the video challenging Congress to send through a bipartisan criminal reform bill that can help address several remaining issues as outlined in the video.

For criminal reform advocates, the last year of Obama’s presidency is mostly a dream come true. However, as details of the DOJ’s plan are forthcoming, it may be prudent to be cautiously optimistic of the possible impact the reform policy plan might have. If nothing else, depending on its exposure, the Roadmap and National Reentry Week may help raise awareness of the importance of reentry, particularly among prison populations who may not be aware of what awaits them after they leave.

“But even more important is the message that such a program would send to returning citizens: That they are welcome back into society; that their government is invested in their success; and that they can now—quite literally—exchange their old identity as a federal inmate for a fresh start,” said Lynch in Philadelphia, where details of the Roadmap to Reentry were released.—Shafaq Hasan