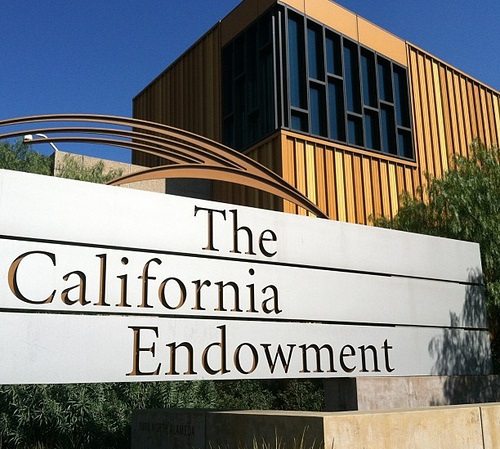 The National Committee for Responsive Philanthropy (NCRP) last month released a foundation assessment for Philamplify, “a new project aimed at bursting the isolation bubble in philanthropy by delivering honest feedback to grantmakers,” according to its press release.

The report assesses the California Endowment, Los Angeles’ largest foundation and one of the largest in the U.S. The Endowment, which focuses primarily on health issues, was created in 1996, when the nonprofit Blue Cross health insurance plan was sold to Wellpoint.

“In so many ways, The California Endowment practices the kind of philanthropy that is smart and strategic without losing focus on equity, justice and lasting positive change,” said Aaron Dorfman, executive director of NCRP, in the release disseminated on PR Newswire.

“Terrific as The Endowment is, our Philamplify assessment offers the foundation some recommendations for how they can boost their impact even more. It also offers lessons that I hope other philanthropists will find valuable as they seek to address critical community needs,” he continued.

The study is one of several Philamplify assessments released since the project launched in May. NCRP calls itself “the voice of nonprofits and the communities they serve.” It works through research and advocacy “to ensure that philanthropy contributes in meaningful ways to the creation of a fair, just and equitable world.”

The report, entitled, “The California Endowment: How Can This Leading Health Equity Funder Bolster Its Community Impact?” examines how the foundation employs strategic, social justice philanthropy in its holistic approach to advancing health issues. The report highlights the Endowment’s direct policy engagement, support for statewide non-profit advocacy, and targeted investments empowering 14 communities across California through its Building Healthy Communities initiative.

It goes on to recommend that to expand its impact, the Endowment should invest in providing more general operating funds to its grantees, building non-profit advocacy capacity, and doing a better job aligning its diverse programs.

“In the coming months we intend to review the report and its recommendations with our board and with our staff,” said Dr. Robert K. Ross, president and CEO of The California Endowment, in the release. “We see ourselves as part of a larger community working for health and justice, and we know that our work is enhanced when we engage in learning and conversation with others.”

Philamplify’s foundation assessments are conducted by experienced researchers and provide comprehensive examinations of foundation grant making and operations. The reports include feedback received from key stakeholders and offer recommendations designed to maximize effectiveness. Its online site lets users comment on their recommendations and share stories about how philanthropy has impacted their lives.

Philamplify has received generally positive reviews from nonprofit leaders, who view it as providing transparency and accountability in philanthropy. In addition to The California Endowment assessment, NCRP has released reports on the Lumina Foundation for Education in Indianapolis, Robert W. Woodruff Foundation in Atlanta, William Penn Foundation in Philadelphia and Daniels Fund in Denver.

Additional assessments covering other Top-100 U.S. foundations will come out in the coming months. The full reports are available at www.philamplify.org.—Larry Kaplan