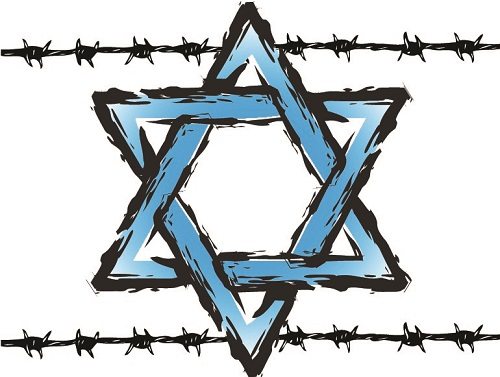 Another consequence of the warfare between Israel and Gaza is the rise of anti-Semitism. Protests against Israel’s invasion of Gaza have been accompanied in a number of countries with blatant anti-Semitic messaging. The incidents have been widespread in Europe:

The sad part of this rise of anti-Semitism is that many of the younger people chanting these anti-Semitic slogans have no memories of World War II or the Nazis who made anti-Semitism the core of their ideology. Moreover, few seem to realize that the neo-Nazis who have long espoused anti-Jewish sentiments feel the same toward Muslims.

Fortunately, nonprofit groups in Europe are monitoring anti-Semitic incidents and reporting them to the authorities. In France and Germany, the authorities are reacting and trying to crack down on anti-Semitism without eliminating the ability of people to raise their voices in opposition to the Israeli invasion of Gaza.

On the other hand, efforts to classify as anti-Semitic all protest against Israeli government policy toward Palestinians are truly counterproductive. The Jerusalem Post, owned by Las Vegas’s right-wing casino mogul Sheldon Adelson, headlined an article “We Are Looking at the Beginnings of a Holocaust,” referencing a statement from the head of the Israeli Jewish Congress. Several articles have compared the protests to the Kristallnacht perpetrated by Nazis in 1938.

The rise of anti-Semitism in the wake of the Israeli invasion of Gaza—just like the rise of anti-Islamic sentiment in the U.S. after 9/11—is reprehensible and must be monitored, called out, opposed (as in the strong statements in the pages of Die Welt and Bild-Zeitung in Germany), and prosecuted. But at the same time, those of us with strong concerns, especially those of us who are Jewish, cannot let the anti-Semitism of some protesters or the opposite reactions of defenders of the Netanyahu government succeed in silencing necessary and legitimate debate that should address the tragic events occurring right now in the Middle East.—Rick Cohen