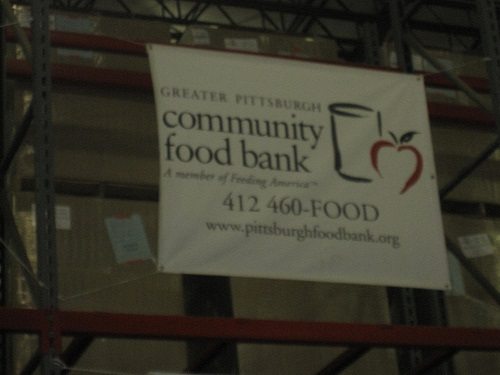 At a time of year celebrated with a ritual meal, more people than ever are lining up to get free food after losing some food-stamp benefits.

In a good year, Thanksgiving is a time when food pantries are at their busiest. As people struggle to put a holiday meal in front of their families, they find they cannot quite make ends meet, and end up at the food pantries looking for a few items. According to an article posted at the Morning Journal, this year is no different, and may be worse because of the impact of a $5 billion cut in food stamps that took effect on November 1st.

In truth, this is more of a return to previous levels of support, as the cut being experienced now marks the end of an increase in the program that was put into effect in 2009. Still, while there are variations from state to state, the average impact of the cut is approximately $36 a month for the average family of four.

Meanwhile, food pantries across the country are facing a crisis at this point. In California, the head of the Los Angeles Regional Food Bank is reported as saying that food banks around the area are struggling to keep up with demand. In New York, a food bank in Brooklyn was facing an unprecedented shortage of food, causing the head of the pantry to make an emergency call for help from donors. One report from New York suggests that almost half of the area food pantries had to turn away visitors, almost always because of lack of supplies.

Things are not improving following the end of the Great Recession and, in fact, the problem seems to be increasing. According to Feeding America, the number of people taking advantage of services at food pantries has increased almost 50 percent since 2006. According to a report from the U.S. Dept. of Agriculture, 14.5 percent of Americans experienced food insecurity this past year, meaning that at some point they struggled to put a healthy meal on the table due to a lack of resources. The number has apparently not changed since 2008.

While all of this is going on, legislators in Washington seem to be uninterested in working on the crisis at hand and are turning their attention to a new Farm Bill. Farm Bills have two parts, traditionally: One is to provide food stamps, and the other is to provide subsidies to farms. According to an article in the New York Times, the latter part of the bill has morphed into subsidies for agribusiness and other corporate interests, not for the struggling family farmer, as had originally been intended. The most recent version of the Farm Bill proposed by House Republicans maintains the farm subsidies at current levels while completely cutting food stamps.

There are at least two ironies to point out that come up in this story. One is that a member of the House Agricultural Committee has benefitted from the farm subsidies to the tune of $3.4 million. The other is that, recently, the New York Public Library purchased artifacts from the life and writings of Tom Wolfe (author of Bonfire of the Vanities) for more than $2 million, which happens to be more than any single donation to a food pantry in New York City.