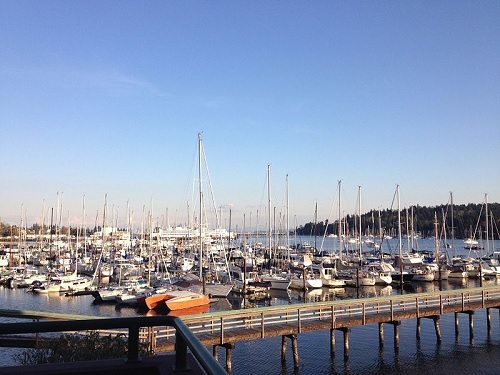 Public-private partnerships between foundations and government are a growing trend in community-based philanthropy, and they have generally been embraced by local nonprofits. But sometimes there is pushback, as in the case of Bainbridge Island, Washington, just across Puget Sound from Seattle.

The Bainbridge Island City Council is considering a controversial partnership with the Bainbridge Community Foundation that city officials say will help improve accountability and oversight of the roughly $320,000 in funding given out yearly to nonprofits on the island, according to a report in the Bainbridge Island Review. However, the paper reports that some of the island’s nonprofit leaders “are worried that money that could go to serving residents will be wasted on a consultant that’s really not needed.”

The Bainbridge Community Foundation submitted a proposal to help the city set up a review and evaluation process for nonprofits seeking city funding for health, housing, and human services. If approved, the city would pay the foundation to help the city set up funding goals, with the foundation taking over as administrators of the allocation process. Some of the funding would pay for a foundation executive director and finance officer to help manage the process.

The concept was floated earlier this year, but the paper reports that representatives of nonprofits from across the island “raised alarm at the idea, which some feared would reduce the amount of city funding available” and that “any amount of funding would mean less money for direct services that are provided by local nonprofits.”

“The city previously tried this approach, and it was a failure,” one nonprofit group said in a letter to the city council, “It was an approach that wasted hundreds of thousands of dollars on layers of unnecessary administration. It created a process that proved to be highly political, and one that was unduly burdensome on the human-services agencies.”

The older system referred to was a council that operated between 1993 and 2012, when it was disbanded due to cuts in city funding in the midst of the recession. Since then, the city awarded human services grants to the same nonprofits that originally received funding in the group’s last recommendation to the city.

When city staff asked the council to consider priorities and funding that could be sustainable long-term, the issue of some kind of review board came up again. Staff told the council that they had not reviewed the programs receiving money, or the results from city grant funding, over the past three years, and that they wanted a new allocation process “to help the city make sure it is being fiscally responsible, and would increase accountability and transparency.”

Funding for housing, health, and human services is about three percent of the city’s general fund, “a significant amount of money to be awarding without a really good process.” So city staff recommended that the Bainbridge Community Foundation be used to help allocate human services funding for a “one-year trial” period, forming a new citizen advisory committee to make recommendations on goals and funding awards.

However, funding to pay professional fees to the Foundation for its work have not been budgeted, and the city manager could not say where that money would come from, according to the Review. The prospect that it may come from the same pot used to pay for grants raised concerns among the nonprofit leaders, some of whom suggested that the process rely on local volunteers, and not consultants, to oversee the process.—Larry Kaplan