Social Enterprise Plans to Clean Up in Queens 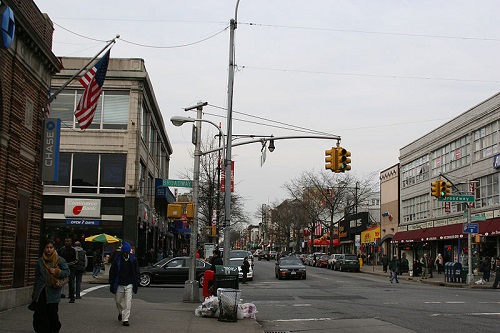 When people talk social enterprise overseas, they are referring to a number of alternative forms, including cooperatives, which figure much more prominently, for instance, in the UK than in the U.S. But we would like to celebrate the opening of the Queens-based Pa’lante Green Cleaning, a cleaning cooperative owned and operated by 15 women. One of those proud new owners is Claudia Leon, a 36-year-old Mexican immigrant who says, “Now that I’m part of this project, I’m very excited to be an owner as well as an employee.”

Make the Road New York, which helped them get started, says that Pa’lante Green Cleaning is only the fourth employee-owned cleaning service, and it took two years to get it up and going. Saduf Syal with Make the Road said of the co-op owners, “The overwhelming majority of them have had experiences of wage theft and exploitation on the job, and that’s one of the main reasons they’re coming together in this worker cooperative. Basically they’re cutting out the middleman—the cleaning service owners—and keeping 100% of the profits.”

The co-op plans to distinguish itself from competitors by emphasizing natural products and customer service. Pa’lante members also hope to boost their wages from the $8 to $12 per hour they were earning at established cleaning services to $20 per hour by trimming supervisory expenses and by acting as their own board of directors. They hope that by acting as their own supervisors and board, they can double their pay.

There are, according to this article, 25 so-called worker cooperatives in the city, which hold as their “core principle…that people have the right to democracy in the workplace,” according to Chris Michael, director of the New York City Network of Worker Cooperatives.—Ruth McCambridge