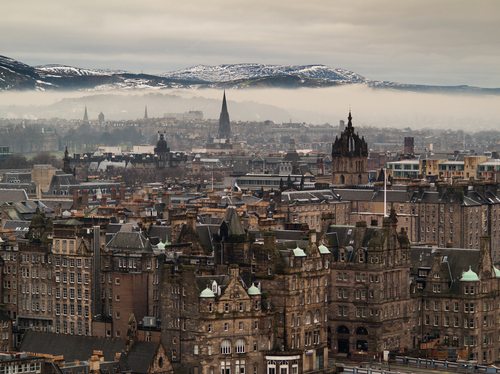 An amusing column in the Guardian by Ally Fogg assails the stereotype of the frugal Scot, citing a recent study showing that ordinary Scottish people donate more to charity, per capita, than their peers in the rest of the U.K. despite the fact that their incomes are 25 percent lower than those living in London. The exception is Scots earning over £150,000, who donate less than their peers elsewhere. This apparently fits squarely into the author’s worldview.

Fogg is interested in the numbers but obviously not convinced by the now pretty predictable (albeit thinly supported) conclusions of the report, which suggest that donors would give more if the impact of the charity were made clearer. Actually, few of the 3,000 donors surveyed mentioned this idea—only 10 percent of mainstream donors and 13 percent of rich donors. Writes Fogg:

“The reasons why people give to charity are more complex. Presumably because it is drawn from focus group work, the NPC report only looks at the conscious and stated reasons why people do or do not give – the perceived effectiveness of the donation, the reputation of the charity, personal involvement in the charity’s aims and so forth. With all due respect to the careful consideration given by Brooke Magnanti and others, I suspect that most people’s charitable donations are usually spontaneous and emotional rather than rationally considered.”

He sees the biggest threats to giving to be in the objectification of whole segments of society:

“We are encouraged to think of our society as being split between the workers and shirkers or the deserving and undeserving poor. Can that encourage people to feel compassion for the poor, to give to projects helping and supporting the very same people being dragged daily through the gutter press? Disability charities make up one of the most important parts of the sector, so what effect does the stereotyping and demonisation of disabled and ill people as scroungers and malingerers have upon public generosity? For whatever reasons, personal donations to charities dropped by 20% last year, vastly more than the average drop in wages.”

And why do the Scottish people stand apart? According to Fogg, “The political and media culture in my homeland has always been distinct, and since devolution it has become more so. Notions such as solidarity and collective welfare are not yet entirely alien concepts. By comparison, the culture of the south east is much more closely aligned to a conservative individualism.” –Ruth McCambridge