Nonprofits Created by L.A. and Its Utility Workers’ Union Cause Controversy 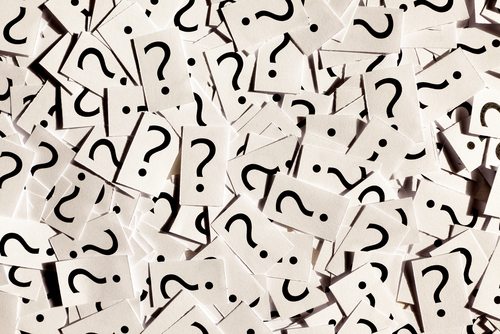 The Los Angeles Department of Water and Power (DWP) manager who played a role in two controversial department nonprofits is retiring amid an audit of how the organizations spent more than $40 million since their formation 13 years ago, reports the Los Angeles Times. The DWP’s citizens’ commission has also asked auditors to look further into those nonprofits by asking for copies of any check of $1,000 or more.

The two nonprofits, the Joint Training Institute and the Joint Safety Institute, have received millions in ratepayer funds every year for more than a decade. Their missions were to improve relations between the city-owned utility and its largest employee union. The DWP is the largest municipally owned public utility in the U.S., and it transfers millions of dollars every year in surplus revenue to the cash-strapped city’s general fund. While Los Angeles ratepayers enjoy some of the lowest utility rates in California, the DWP has been criticized for a lack of transparency and the unusually high salaries and benefits paid its employees, who earn considerably more than those in similar jobs in private investor-owned utilities operating in the region.

The nonprofits’ funding is jointly overseen by the International Brotherhood of Electrical Workers Local 18 (IBEW), which represents most of the rank and file workers, and the general manager, or CEO, of the DWP. The organizations operated largely unnoticed for years, but they came under scrutiny in September after The Times reported that the DWP could not provide much information on how the ratepayer money has been spent, or what the organizations have accomplished.

Eric Garcetti, who became mayor in May despite millions spent by the IBEW to elect his rival, vowed to get to the bottom of the nonprofits’ spending. The DWP’s salaries, the heavy-handed electioneering of the union, and lack of transparency from the utility’s management were among the critical contentious issues that separated Garcetti from the other leading candidate last spring.

According to the article, when Garcetti’s newly appointed DWP commissioners held their first meeting, a DWP manager explained the role of the organizations to them, but afterwards several commissioners complained that they still didn’t understand what the groups do and demanded more information. As information was being gathered, the manager announced his retirement at a subsequent meeting this past week. The manager, who made $265,400 in 2012, was a former administrator of the Joint Training Institute and a management liaison to the organizations.

Also this past week, L.A.’s chief administrator released statistics showing that the accident rate at the DWP had dropped from 8 percent to 5 percent since the creation of the Joint Safety Institute, but he could not say how much of that reduction was attributable to the organization’s activities. The vast majority of training is still done by the DWP’s regular staff at a cost of about $115 million a year, over and above the approximately $3 million spent by the nonprofits each year. The report said the two nonprofits act as consultants and offer “valuable advice” to DWP managers, but one commissioner complained, “We still don’t know how the money was spent.”

It costs both nonprofits about $1 million a year just to pay the salaries of a handful of top administrators, according to the limited federal tax records the DWP provided to the Times under the California Public Records Act. But the nonprofits’ 990s offer only broad summaries of the organizations’ overall revenues and expenses.

Sometimes political campaigns generate more heat than light, elevating irrelevant and unimportant issues only because they are controversial. Real problems and solutions often fade into the background. But in this case, a hotly contest mayoral election resulted in the rediscovery of two very shadowy non-profits being jointly controlled by a public employee union and the agency management for which they work.

This rediscovery (the agencies were created in 2000—with little public input or fanfare—by the City Council and then-mayor Richard Riordan) has highlighted some very disturbing issues. First, that the ratepayers are spending a lot of money to operate some very obscure nonprofits without much in the way of accountability or measurable outcomes; second, that both the leadership of the union and the agency are hiding behind the nonprofit status of the two organizations to prevent the kind of transparency that is expected from the public sector; and third, that the managers of these nonprofits are making a lot of money and nobody is really sure what they do or how well they do it.—Larry Kaplan

PPP Loan Management and Forgiveness: A Timely Interview with FMA