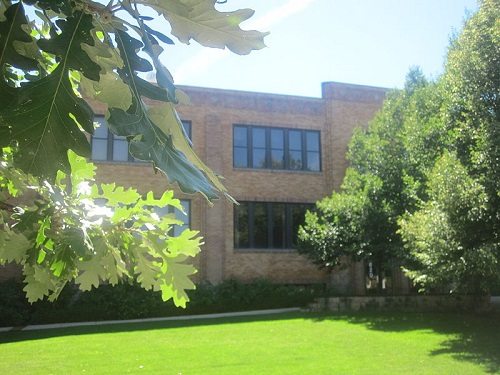 It isn’t exactly clear that Susan Arnold’s complaint about the Douglas County Educational Foundation reveals the political electioneering activities of the 501(c)(3) school foundation, but she is clearly on to something. She charged in a complaint filed with the Internal Revenue Service that DCEF “has been involved in political campaigning and deceptive and improper fundraising practices.” DCEF’s interim executive director, Cinamon Watson, who also serves as the community relations officer for the school district, described the complaint as “frivolous,” “ridiculous,” “abysmal,” “pathetic,” “factually false, “legally meritless,” and without “a single fact or accusation that creates a legal liability” for the foundation.

Watson certainly has certainly tapped her thesaurus to the utmost to generate descriptions for Arnold’s complaint, but the allegations of DCEF’s “soliciting direct donations…to support political activity” aren’t necessarily answered by a spurt of adjectives. Arnold points out that DCEF hired as consultants former U.S. Secretary of Education Bill Bennett, an appointee of President Ronald Reagan, and Rick Hess, Director of Education Policy Studies at the American Enterprise Institute, a politically conservative Washington-based think tank. Apparently, both wrote papers in support of the Douglas County school district’s policies and Bennett also delivered a speech in September.

The purported political element is that Hess’s paper, titled “The Most Interesting School District in America?”, showed up as part of a letter endorsing four local political candidates, signed by three state lawmakers, and described in the letter as paid for by the Douglas County Education Alliance, which has apparently paid for newspaper and TV ads supporting the current direction of the school district.

If Arnold can find anyone home at the IRS to make a rapid ruling, good luck to her. Perhaps the links of political involvement by the 501(c)(3) school foundation are a bit tenuous. But the various versions of the paper that Hess has published certainly provide a political context of sorts. His September 17th article with the same title in the National Review Online, coauthored with Max Eden, opens with this sentence:

“When it comes to K–12 education, the nation’s most important election this November may be in Douglas County, Colorado.” Hess and Eden laud the county’s “all-Republican school board [that] has created the nation’s first suburban school-voucher program, introduced market-based pay, allowed its teachers’ union contract to expire, and developed a regimen of home-crafted standards and assessments in lieu of the Common Core (which superintendent Liz Celania-Fagen dismisses as the ‘Common Floor’).”

The NRO article then cites former Secretary Bennett as saying that the county is “trying to do all the good reforms at once,” without noting that both Hess and Bennett were paid by the school district’s educational foundation. The PDF version of the report published on the AEI website does acknowledge that the “paper was supported by Douglas County and made possible by ready access to teachers, administrators, schools, parents, and board members,” though “support” might not necessarily be interpreted by some readers as “paid for” or “contracted.” It is a point that probably merited stronger clarification on the part of Hess and Eden in the spirit of full disclosure.

The political nature of “The Most Interesting School District in America” comes up again in the NRO version when Hess and Eden note that “Four of the school board’s seven members are up for election, and the Douglas County Federation of Teachers (DCFT) would dearly love to sweep them out and claim the board majority.” That doesn’t make automatically make the paper or the full report an instrument of public charity engagement in political electioneering, though the political sympathies of the authors are quite clear.

The Douglas County Board of Education election has generated emotion, contention, and even fear. In a recent issue of The Examiner, one Douglas County parent, self-described as a political “centrist,” asked to have a letter published anonymously, complaining about the agendas of “Bennett, the Friedman Foundation, the Heritage Foundation, and deep funding from several conservative ‘angels’” behind the “partisan ideology to privatize the school system” of the BOE members lauded by Hess and Eden. For a board of education election, there is campaign money flowing into Douglas County—four times as much to the incumbents who favor the board’s current education reform directions as to the opponents:

Among the donors to the pro-incumbent slate are former Republican senator William Armstrong, now president of Colorado Christian University, and Carrie Morgridge, vice president of the Denver-based Morgridge Family Foundation. Alex Cranberg, oil and gas entrepreneur of Austin, Texas, gave $25,000 to each pro-incumbent candidate, and Ralph Nagel of Denver gave $10,000 apiece—the latter two are co-founders of the Alliance for Choice in Education. The largest donation to the opposition candidates was $1,000 by Congressman Jared Polis (D-CO) to Ronda Scholting’s campaign.

Arnold may or may not have evidence to show that the school foundation has crossed the line into prohibited electioneering activities. However, this school board election, occurring in a wealthy suburb focused on a raft of ideas that are central to the conservative school catechism, will attract attention from far beyond the Denver suburbs.—Rick Cohen