The Search for Dedicated Affordable Housing Resources in Portland, OR 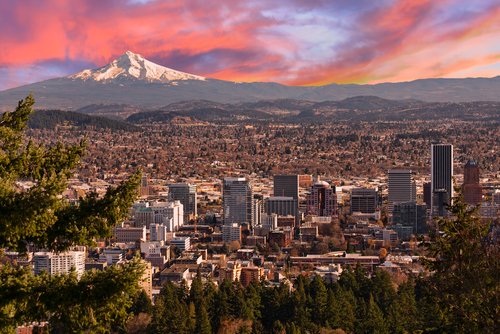 For those readers who are activists in the affordable housing movement, you know the issue that these Portland, Oregon community-based organizations are raising: The funds that are available to build and subsidize affordable housing in Portland simply aren’t enough. The Welcome Home Coalition wants to see 20,000 housing units affordable to people below 30 percent of the area’s median income added to the housing inventory. The estimated cost of reaching that target would be $50 million a year for 20 years. Yes, making housing affordable is itself an expensive proposition that the private market simply isn’t going to take on alone.

The range of nonprofits supporting the Coalition is impressive, including 1000 Friends of Oregon and the United Way of the Columbia-Willamette. To support its contention that new funding is possible, the Coalition has looked at other cities that have generated new money for affordable housing, including Austin, Texas, where voters have supported a general obligation bond generating $65 million; Boston, Massachusetts, where development fees dedicated to affordable housing yield $18 million a year; Miami, Florida, which is capturing $20 million a year through dining out taxes; and Seattle, Washington, which has $20 million of new money a year for affordable housing through an increase in the property tax.

What the Coalition wants is not just the money for affordable housing, but a dedicated revenue source that’s not subject to the vicissitudes of year-to-year budget pressures. Currently, Portland dedicates 30 percent of its Tax Increment Financing dollars to affordable housing. “The set-aside requirement has been a substantial source of dedicated revenue and has generated around $150 million or so for affordable housing over the past decade. But it is not nearly enough to meet the need,” says Jes Larson, who directs the Coalition and works for the Oregon Opportunity Network, a low-income advocacy organization. The Coalition is reviewing options right now and considering alternatives like dedicated real estate transfer fees and hotel taxes.

The Portland affordable housing debate isn’t all that different from the debates occurring in other “hot market” cities. One of those is Washington, D.C., where this author will be leading a discussion at the annual conference and expo of the Housing Association of Nonprofit Developers on June 23rd. If the panelists, including top government and business leaders from the Greater Washington area, come up with some new ideas that haven’t been thought of before, we will certainly let you now. But our thinking is that the ideas are out there. There is no magic silver bullet that will be uncovered in Washington or Portland.

Ultimately, it is a matter of political will: Can the communities of the Greater Washington, D.C. area or the Portland, Oregon metropolitan region do the right things to provide affordable housing for the tens of thousands of current and prospective households who will need it, now and in the years to come? Otherwise, due to the inequities of housing affordability, entire regional economies will be at risk.—Rick Cohen