In Celebration of the Women of “Our Bodies, Ourselves” 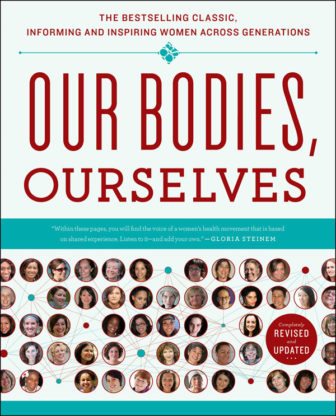 When the Boston Women’s Health Book Collective began putting together Our Bodies, Ourselves in the early Seventies, first as a series of broadsheets and then as a book with full blown chapters, it was a radical act. That now-familiar work talked frankly about women’s anatomies and their life phases—masturbation, menstruation, menopause and comparative assessments of birth control methods—in a single handy-dandy manual. It was a guide to women’s bodies without a trace of shame or salaciousness or cuteness—amusing, yes, and well-illustrated…entrancing even. It answered all the questions one did not quite know how to ask.

It was a turning point in the treatment of popular information about women’s bodies and sexuality, and we owe that original collective and the organization’s stewards over the years a great debt of gratitude. But recently, after a half-century of publishing revised editions, the organization has declared that its ninth edition, published in 2011, is its last, and that they will now spend their time advocating for women’s health rights in collaboration with other women’s groups.

The reality, they say, is there are a number of great online sites where women can get the information that was so inaccessible just 50 years ago. So, while the book has sold more than 4 million copies and been translated into 31 languages, no more versions will be printed.

For those who watched how its generational distribution worked over the years, the following story from this report will look very familiar:

Jessica Halem’s mother gave her a copy in the 1980s, after she got her first period. She says it’s where she first learned there was such a thing as a clitoris. She eventually took her copy to college and passed it around her dorm until it fell apart.

Halem, who now advises students at Harvard Medical School, says there’s nothing else like Our Bodies, Ourselves’ friendly, authoritative tone, mixing real anecdotes with professionally vetted facts, “free of shame, no stigma, positive, and affirming that knowing this information is a good thing.”

And there is nothing like the indefatigable women who made it all happen, some of whom are still involved. Again, we, our daughters, and our granddaughters all owe you.—Ruth McCambridge