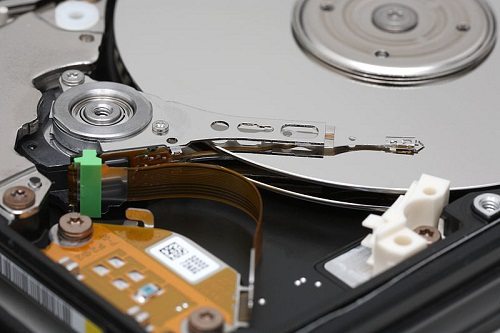 The Washington Post reports that the IRS has issued a request for proposals to destroy 75,000 pieces of electronic equipment and storage media, including thousands of computer hard drives. (One number widely circulated is 3,200 drives.) The property to be destroyed includes sensitive but not classified information, including confidential taxpayer information. This might be a routine event in routine times, but times, of course, are not routine at the IRS. The ongoing investigations into the IRS targeting the exemption applications of politically conservative nonprofit groups are encountering odd headwinds when seeking electronic records. Lois Lerner’s missing and presumed destroyed hard drive, and some new information from the IRS about Ms. Lerner’s missing data and the missing data of several other IRS employees being questioned as part of the investigations, make the contract solicitation sound alarming to those who believe the IRS is attempting to hide something.

Fox News reports that the IRS’s reports of Lois Lerner’s hard drive may have been in error. U.S. House investigators say that IRS tech experts describe the hard drive as “scratched,” not rendered unrecoverable as was previously reported. Typically, it is possible to recover significant portions of data from a scratched hard drive. The suspicions of investigators based on the new testimony were magnified because the IRS initially refused to make the tech experts available to testify. The U.S. Justice Department has announced a separate investigation into the circumstances surrounding Ms. Lerner’s hard drive.

NPQ has reported extensively on what is popularly known as the IRS scandal. Since May 2013, when the scandal first became public as Lois Lerner answered a plated question at a bar association meeting and the Treasury Inspector General issued his first audit report, information has been made available in fits and starts, often by Republican politicians suffering from fits over the slow pace of government cooperation and Democratic politicians suffering from fits over the Republicans’ efforts to widen the investigations, insult, and impugn the reputations of IRS leaders, and imply—without evidence to date—that the scandal may reach into the White House.

Partisan investigations drag on, competing congressional committees vie for headlines, administration officials delay and disparage, and the IRS scandal crawls forward. As NPQ’s Rick Cohen noted last week, the House seeks to punish the IRS by slashing its funding and further hampering its ability to do its job by starving it of badly needed resources. As long as the IRS scandal investigations continue, there is little likelihood that Congressional Republicans will be persuaded to increase funding for the agency. In the interest of taxpayers, and especially the nonprofit sector, which is directly affected by the scandal, the investigations need to reach legitimate conclusions sooner rather than later. Posturing and delay only benefit the guilty and the demagogues.—Michael Wyland