Russian Lawmaker: Children Better Off as Orphans Than With Gay Parents 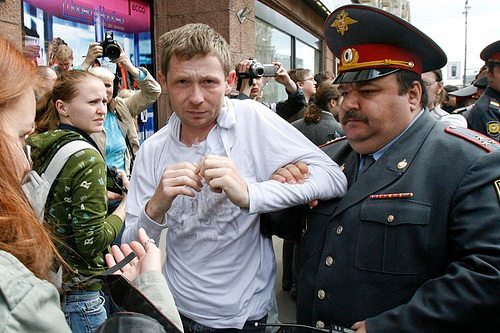 “Homosexuals must not raise children. They corrupt them. They do them much more harm than if the child were in an orphanage. I am deeply convinced of this.”

So says Alexei Zhuravlev, the deputy of the Russian State Duma who has filed a bill in Russia that would deprive those with “nontraditional sexual orientation” of their parental rights.

Zhuravlev is quoted as saying in an interview, “It occurred to me that since we have a law explicitly prohibiting the promotion of homosexuality among minors, the Family Code should be amended in such a way that that if a husband or a wife professes a non-traditional sexual orientation, they should be deprived of their parental rights.…The purpose of this would be to restrict the influence of such a person on his or her own children.”

Currently, the Family Code “lists alcohol and drug addiction, premeditated crime against a child’s life and voluntary refusal as sufficient grounds for depriving someone of parental rights.”

He said that rather than actually hunt down LGBT people, the government would only target activists who speak out for LGBT rights. But, he said, there were ways of determining who falls in the category of nontraditional. “The clear signs are simple,” he said. “Don’t you understand? Talk to a sex therapist, he will explain things to you. It’s not for me to explain to you, I’m not a doctor. There are ways to unmask a thief. I am not an expert on such matters.”

There are currently 700,000 children in Russian orphanages. In an op-ed in the New York Times on July 21st, Harvey Fierstein said after the spate of recent anti-gay legislation that gay and lesbian couples in Russia were already attempting to plan their escapes.—Ruth McCambridge