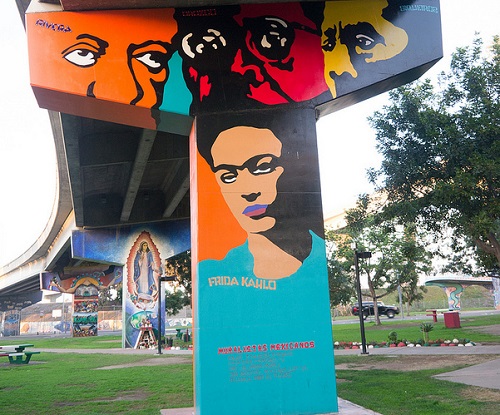 Divisions and dysfunction on the board, failures of communication, and lack of attention to audience, endowment, and community are just some of the components that reportedly brought to ground (but not for long) the highflying San Diego opera.

The San Diego Union-Tribune publishes an annual study that looks at the financial reports of 12 top arts and cultural organizations in its region. This year, most of the institutions appeared stable, with the standout exception of the San Diego Opera, whose board of directors, in a move that came to a surprise to many, voted to close the organization earlier in the year.

The San Diego Opera was the third-largest arts institution in San Diego. Negative cash flow had become an annual issue, but confoundingly, a look at the numbers below suggests there was some running room left to reorganize:

Though it may be attributable to nonprofit accounting vagaries, while earned revenue was down by $200,000, contributions were up by more than $1 million and government funding was up by more than $600,000. Even the endowment had gained $500,000 in value—but expenses had gone up by $1.4 million. A confusing picture to be sure, lending credence to the dysfunctional board idea.

After the initial shock of the closure announcement wore off and the community responded, the board reversed its decision to close and has since then experienced a leadership change from very expensive to less so and more generally downsized its budget—which is probably wise, since some of the donors were attached both to former leadership and to now-resigned board members. In the meantime, the San Diego Opera reportedly has become an “in-service” case study for its fellow arts organizations.

The 11 other organizations in the Union-Tribune report were operating in the black in 2013 and demonstrated high levels of income from investments and endowments, unlike the San Diego Opera. In fact, under the music category of the report, the Opera had a 13 percent decrease in investment from endowment income, as compared to other music organizations like the San Diego Symphony, which had a 20 percent increase from 2012 to 2013. What was the difference?

Was the Opera, perhaps, like a lottery winner who ruins their life with an unexpected shot of big money? In 2003, the Opera received a $10 million endowment contribution as an “artistic enhancement fund” from the late mega-donor Joan Kroc. There are, of course, a variety of types of endowments, including a quasi-endowment—simple “additional reserves” within an organization’s budget. But a true endowment is a financial reserve created by the organization with the help of donors. Typically, an endowment principal is restricted for use only under certain conditions set either by the board or the donor, but the endowment earns interest, and any of that income an organization can use for unrestricted purposes unless otherwise stated. In this case, reportedly, the whole of this gift was completely spent by 2014, forcing major immediate fundraising needs for FY2015, which led to the discussion of closure.

Like all of us who think we would be able to handle a big lottery win, the Opera has its share of Monday morning quarterbacks. Hugh Davies, director of the Museum of Contemporary Art San Diego, for instance, suggested that a $10 million endowment, such as the one that the San Diego Opera had, could have been used to leverage a larger endowment, which could have almost guaranteed stability even over a tough time. Davies might have a leg to stand on, since the museum’s endowment is at more than $36 million on an annual budget of $8 million after its expenses were reduced by 8 percent between 2012 and 2013. On the other hand, its earned revenue is down by a scary 44 percent.

Here is one takeaway: The arts are a tumultuous field with a great need for periodic capital outlays, and there is no doubt that if you can have a healthy endowment to get through the rough patches, you should.

In the end, the issue with the teamwork (or lack thereof) on the board of the San Diego Opera seems to be front and center as a causal factor. One can only hope that it is a wakeup call that won’t be fatal. And do we see field stability? Maybe more like a little equilibrium, a reasonable amount of capital at hand, and a dash of agility—and that may more than suffice.—Jennifer Swan and Ruth McCambridge