Friday Is the New Tuesday, and Other Observations on the “New Normal” in the Nonprofit Arts Sector 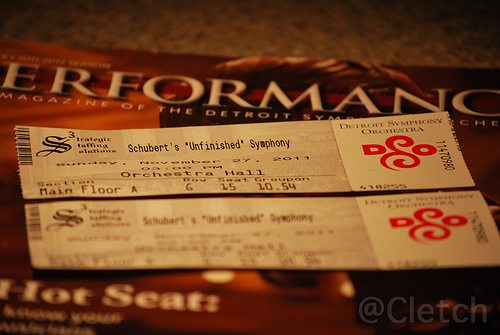 In the waning days of 2013, an article in the Philadelphia Inquirer cited examples of performing arts organizations experimenting with curtain times, holding some weeknight performances as early as 6:30 pm instead of the long-accepted standard of 8:00 pm. The reasons given included appealing to younger audiences, who might want to go somewhere else after the show; appealing to older audiences, who might appreciate getting home earlier; and appealing to everyone in between, who might find it easier to hire a babysitter or just to show up for work the next day. One of the early trends from this experimentation is that some midweek performances with earlier curtain times are pulling even with or outpacing once-hot Friday evening ticket sales.

In other words, Friday is the new Tuesday—or maybe Tuesday is the new Friday? Either way, this is as good a place as any to begin the conversation about what constitutes the “new normal” for the nonprofit arts and culture sector and how arts organizations continue to respond to the changing environment in terms of audience behaviors and, in the wake of the Great Recession, evolving funder behaviors, too.

Looking back at 2013, it was in many ways a year of contradictory trends in the arts sector: two steps forward, one step back, or perhaps the other way around. Growth, contraction, innovation, struggle, resurrection, collapse.

Consider these findings gleaned from the 2013 Americans for the Arts (AFTA) National Arts Index and previous AFTA research, as reported in this NPQ newswire:

In a recent article in the GIA Reader from Grantmakers in the Arts, Rebecca Thomas of the Nonprofit Finance Fund notes, “Most of our nonprofit clients deeply understand the artistic implications of their broken business models and diminished balance sheets.”

So how are they responding?

Audience retention and development, which often directly generate earned revenue, matter more than ever. And in a wired world where audiences have every opportunity to express their opinions and state their preferences, tweaking curtain times is one way to show responsiveness. Experimenting with smaller venues, shorter performances, public pop-up concerts and “random acts of culture” are other ways arts organizations have been attempting to attract new audiences, as reported in this NPQ newswire that focused on innovative opera companies. Cross-pollination, collaboration and audience participation were cited as keys to success in this report about lessons learned from a poetry festival in Miami. And squeezing a little culture into the lunch hour—or a happy hour—as in “A Play, a Pie and a Pint” is a model that’s gaining traction internationally.

Other new realities in the arts sector—reduced staff sizes, shifts in funding patterns, an alarming reduction in arts education in public schools, and increasing attention to capitalization and cash flow—have been much harder to navigate. And while there are signs of resilience and perseverance within the sector, there are also plenty of examples of longstanding cultural institutions that have already failed, or are quite publicly struggling to weather the storm. The Americans for the Arts 2013 Arts Index shows that larger cultural institutions—especially museums and those in the performing arts—are still, in effect, in recession, as reported here.

Consider the long-running standoff between the Minnesota Orchestral Association and its musicians, documented over the last many months in these NPQ newswires. Or consider all the other major orchestras—including those in Atlanta, Baltimore, Cleveland, Dallas, Detroit, Philadelphia and Pittsburgh—that have struggled with structural deficits, union-management issues and/or bankruptcy since the recession began.

Consider the demise of the New York City Opera, which some consider a suicide, or at least a preventable tragedy, for which a last-ditch effort at crowdfunding was too little too late.

Or consider these reports of asset-rich but cash-poor museums in Baltimore (here and here), in Chicago, in Pittsburgh and (here and here) in Washington, D.C., where board, staff and funders are all wrestling with sustainability issues and, in many cases, fiduciary lapses.

Of course, structural tensions around funding were evident within the sector long before the economy began falling apart in 2008. As noted in the GIA Reader article cited above:

Capitalization has always been a loaded topic in the arts sector…Historically, strengthening the capital structure of cultural institutions has been misinterpreted to mean investing more money in big organizations, for the purpose of building endowments and facilities. While large groups have indeed attracted the lion’s share of the capital, our research shows that they are often capitalized in the wrong ways; their money is trapped in inflexible assets. Many of these organizations have achieved long-term durability, as reflected by the presence of significant fixed assets. But they have done so at the expense of building their own—and the broader field’s—liquidity (having regular access to working capital) and adaptability (having periodic access to capital for resiliency and change).

In fairness to the nonprofit arts community, until a few years ago, many funders did not focus on capitalization, but instead rewarded organizations that operated at or near breakeven from one year to the next. In fact, those with reserves were sometimes penalized by not being given new grants, and even many trustees and individual philanthropists were inclined to equate “nonprofit” with “breakeven.” This conversation began to shift—because of research that had already been undertaken in prior years—at about the same time the economy began to falter, leaving many arts groups vulnerable when corporate funding, government funding and individual contributions suddenly dwindled, followed by significant drops in foundation support as the recession lingered.

Still, there was some modest evidence in 2013 to suggest that funding of the arts may be on the rebound, as reported in this NPQ newswire: Giving USA 2013 found that arts and culture was America’s fastest-growing philanthropic cause in 2012, and the Americans for the Arts BCA National Survey of Business Support for the Arts showed an increase of 18 percent in business giving to the cultural sector from 2009 to 2012, after downward trends in 2006 and 2009. However, both reports came with asterisks: the BCA survey demonstrated that business support for the arts had rebounded to “near 2006 levels,” leaving plenty of lost ground to be made up. And as noted in the Los Angeles Times following the release of Giving USA, a peek behind the curtain of data showing increased support for the cultural sector suggested that many donors still don’t see the arts as essential to society, which is why their gifts went elsewhere during the peak years of the recession.

Fortunately, many funders do appreciate the larger implications for society of investing in the arts. To cite just a few examples:

NPQ also reported during 2013 on a number of arts institutions that seemed to be successfully reinventing themselves following fiscal or other crises. While the jury may still be out on the long-term sustainability of these organizations, their “comeback” stories offer hope—and hopefully some wisdom—to those still struggling to regroup:

So again, looking back at 2013, those who work in, volunteer for, fund, patronize, or otherwise contribute to the nonprofit arts sector had some reasons to celebrate. The worst effects of the economic downturn seem to be fading into the rearview mirror. Which is not to say there haven’t been casualties, or that there will not be others. But new models are emerging, and while some of these may represent departures from traditional nonprofit structures, they may in fact be good for the arts community—and society—as a whole, if they are nimble and responsive enough to keep evolving as the environment changes. In the meantime, the concept of capitalization—which can hardly be separated from the concept of sustainability for many existing arts organizations—is perhaps the theme that most deserves the attention of the sector as we enter 2014.

And so we end with a final thought from the Grantmakers in the Arts report cited earlier: “Improving capitalization in the arts will require all cultural supporters—from board members to wealthy donors to philanthropic institutions—to rethink the kinds and amounts of capital that organizations need in a world where new technologies and models of participation are fundamentally challenging traditional assumptions about what art gets created, where, and how. This implies moving beyond some of the static assumptions about money that interfere with artistic experimentation, organizational risk taking, and managing uncertainty or failure.”—Eileen Cunniffe

More about: Arts and CultureJournalismPolicy